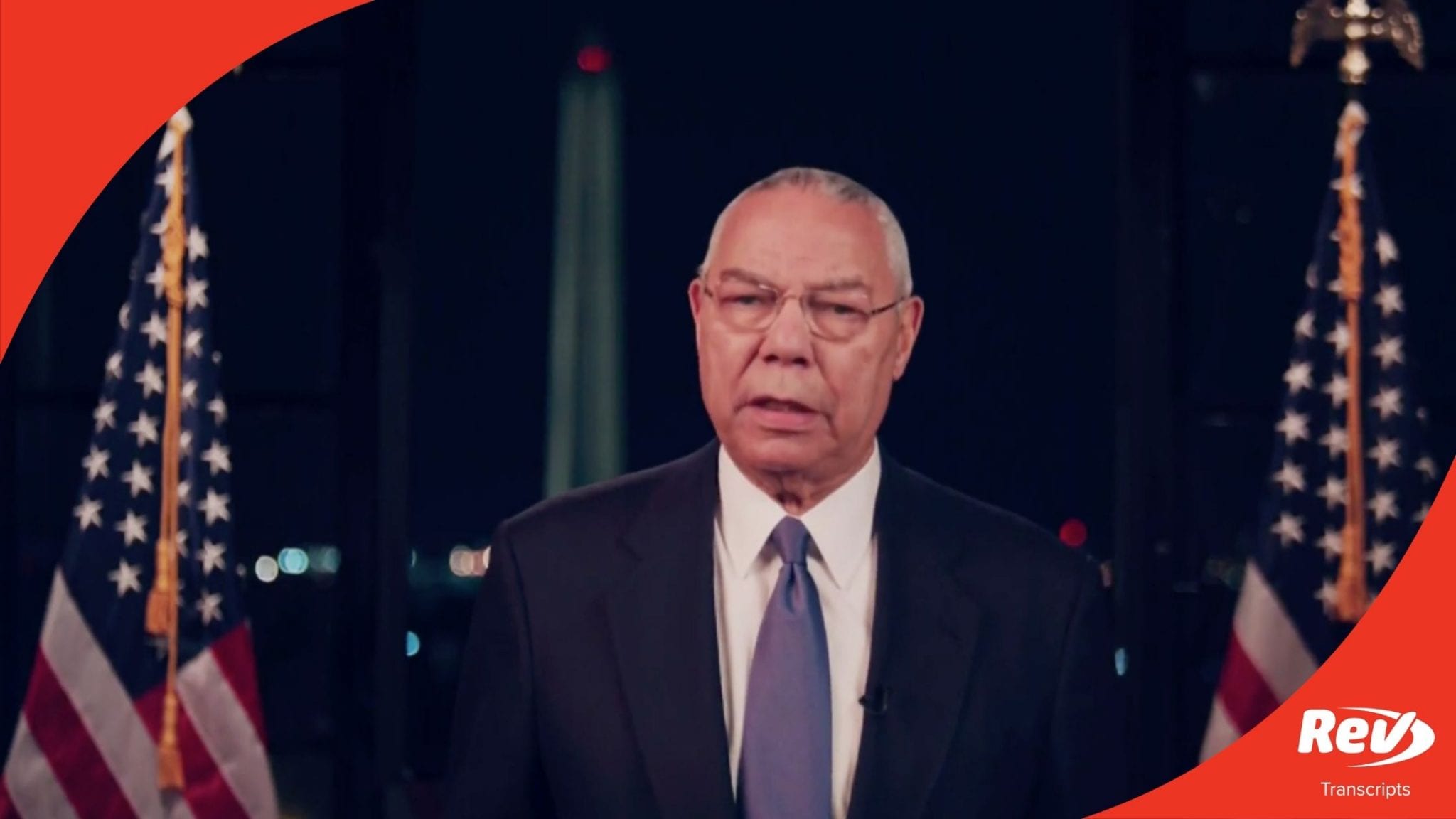 Colin Powell: (00:00)
Hi, I’m former secretary of state Colin Powell. 100 years ago, a young immigrant left a dirt farm in Jamaica and set out for America. Three years later, a ship pulled into New York Harbor and a young Jamaican woman gazed up at the Statue of Liberty for the first time. They became my parents and they inspired me to finish college and join the Army. This began a journey of service that would take me from basic training to combat in Vietnam up the ranks to serve as chairman of the Joint Chiefs of Staff and Secretary of State. The values I learned growing up in the South Bronx and serving in uniform were the same values that Joe Biden’s parents instilled in him in Scranton, Pennsylvania. I support Joe Biden for the presidency of the United States because those values still define him, and we need to restore those values to the White House.

Colin Powell: (00:51)
Our country needs a Commander in Chief who takes care of our troops in the same way he would his own family. For Joe Biden that doesn’t need teaching, it comes from the experience he shares with millions of military families, sending his beloved son off to war and praying to God he would come home safe. Joe Biden will be a president that we will all be proud to salute. With Joe Biden in the White House, you will never doubt that he will stand with our friends and stand up to our adversaries, never the other way around. He will trust our diplomats and our intelligence community, not the flattery of dictators and despots. He will make it his job to know when anyone dares to threaten us, he will stand up to our adversaries with strength and experience. They will know he means business. I support Joe Biden because beginning on day one, he will restore America’s leadership and our moral authority.

Colin Powell: (01:46)
He’ll be a president who knows that America is strongest when, as he has said, we lead both by the power of our example and the example of our power. He will restore America’s leadership in the world and restore the alliances we need to address the dangers that threaten our nation. From climate change to nuclear proliferation. Today, we are a country divided and we have a president doing everything in his power to make it that way and keep us that way. What a difference it will make to have a president who unites us, who restores our strength and our soul. I still believe that in our hearts, we are the same America that brought my parents to our shores. An America that inspires freedom around the world, that’s the America Joe Biden will lead is our next president. Thank you very much.