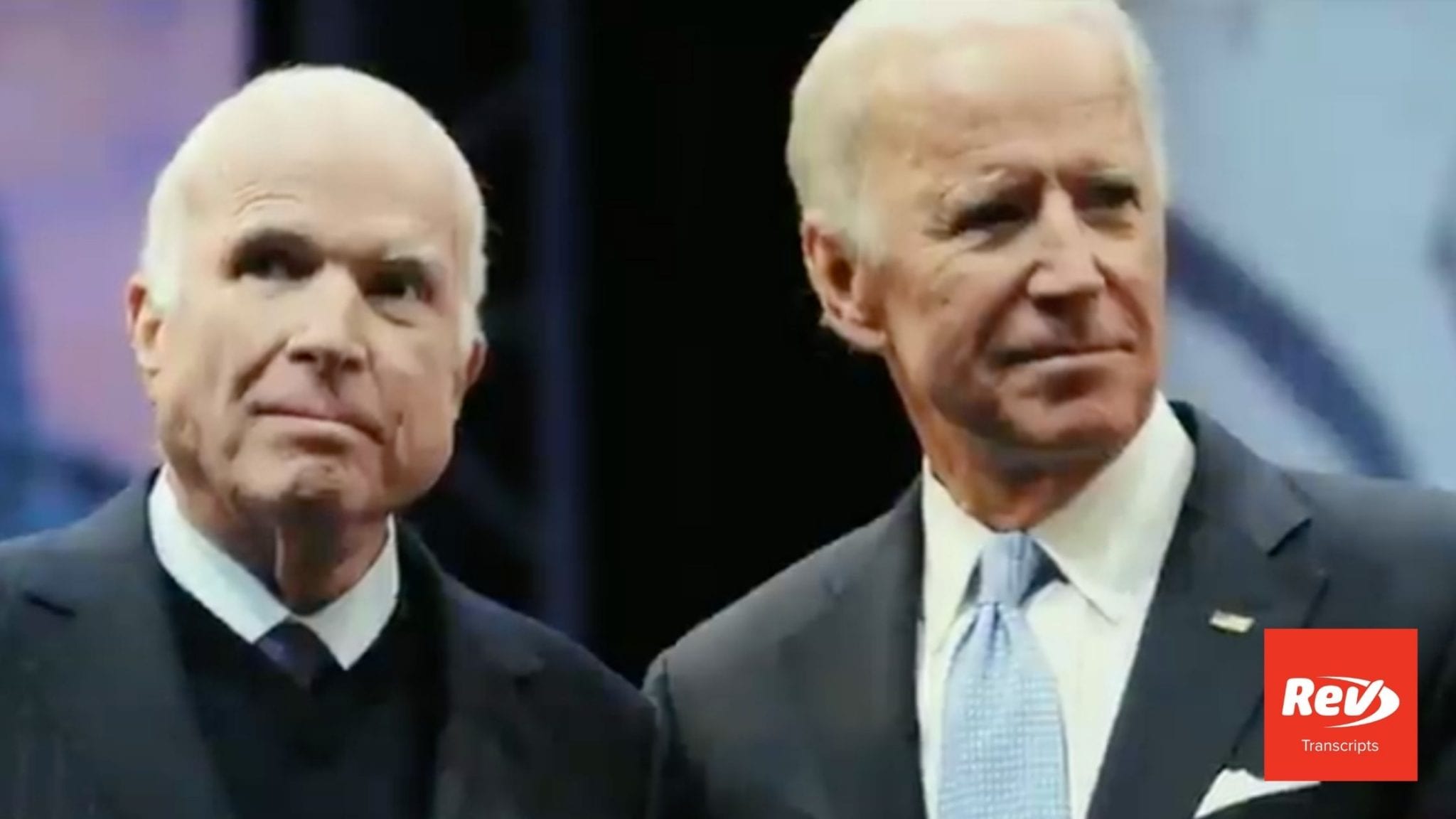 Cindy McCain detailed John McCain’s friendship with Joe Biden during the second night of the DNC on August 18. Read the transcript of her remarks here.

Speaker 1: (00:00)
It was a friendship that shouldn’t have worked. John, a former Navy pilot just released from a North Vietnamese prison. Joe, a young Senator from Delaware. But in the 1970s, Joe was assigned a military aid for a trip overseas.

John McCain: (00:23)
I was a Navy Senate liaison, and used to carry your bags on overseas trips.

Speaker 1: (00:39)
John and Joe traveled thousands of miles together. The families got to know each other, gathering for picnics in the Biden’s back yard.

Cindy McCain: (00:49)
They would just sit and joke. It was like a comedy show sometimes, to watch the two of them.

Speaker 1: (00:56)
But when John was elected to the Senate as a Republican from Arizona, they found themselves on opposing sides,

John McCain: (01:05)
We’re in different parties, and we hold different views on many issues.

Ted Kaufman: (01:09)
They’d be going at it on the floor and you think, oh, these guys must really, really, really dislike each other. And they’d be having dinner that night together.

Cecilia Munoz: (01:20)
Senator Biden had great respect for the institution of the Senate. He built relationships that were cordial, that were personal.

Joe Biden: (01:28)
We’ve always been willing. We thought the other guy was right cross your arm and lock arms. It’s good for the country.

Ron Klain: (01:39)
It takes trust to get things done in a divided government. And I think with Joe Biden, his colleagues knew that your points were equally valid to him.

John McCain: (01:56)
He was like a natural for that. He just had an ability to find the common ground, but never give up your principles.

Speaker 1: (02:03)
For three decades, Joe was able to move his colleagues and find a way forward. On violence against women, banning chemical weapons, assault weapons, and controlling nuclear arms.

Cindy McCain: (02:16)
It was a style of legislating and leadership that you don’t find much anymore.

Speaker 1: (02:24)
And when millions of Americans were faced with losing their health insurance, it was Joe’s friend who saved Obamacare, by crossing the aisle.

Joe Biden: (02:36)
John and I have been given several awards about bipartisanship. We don’t understand why you should get an award for bipartisanship.

John McCain: (02:44)
Thank you for your example, on how to remain the same good guy that you were when you first got here. Most of all, for your friendship. My life and the lives of many have been enriched by it.