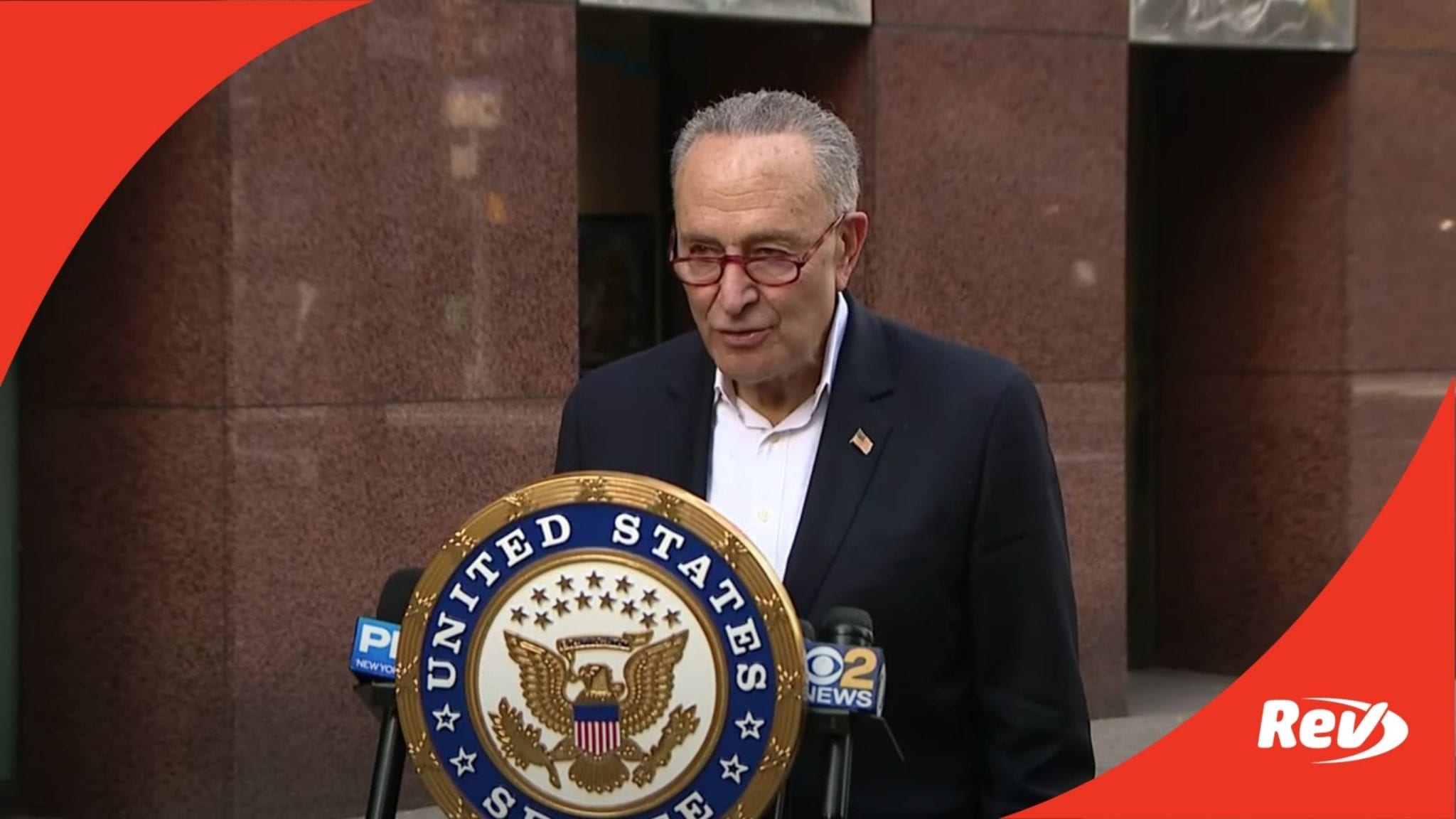 Senate minority leader Chuck Schumer held a November 7 press conference after Joe Biden was elected president of the United States. He said, “The long, dark night in America is over,” and talked about the importance of the Georgia Senate runoff elections. Read the speech transcript here.

Chuck Schumer: (00:35)
Okay, everybody. Good afternoon. Thank you for coming. Well, the long, dark night in America is over and a new dawn is coming. And I want to thank all of the millions of Americans who voted. I want to thank the millions who were volunteers and poll watchers and small dollar donors, and people, we did not give up on America. Donald Trump so blemished our democracy, so tried to destroy our democracy. But as the election showed, the American people never lost faith, and now Donald Trump can go home to Florida.

Chuck Schumer: (01:21)
Our nation has an unprecedented crisis before us, the greatest economic crisis since the depression 75 years ago, the greatest healthcare crisis since the Spanish pandemic flu 100 years ago, and Donald Trump has done virtually nothing. Now, with Joe Biden as president, there is real hope in America, a very strong likelihood that we will deal with these crises and make sure that America gets back on its feet again, working, socializing, and doing all the things we need to do. So I say to Donald Trump, you lost. No more games. Go home. Go home to Florida. Stop delaying, stop making up lies about the election. It was fair. There have been no irregularities found. You lost. You lost fair and square, and America now must forget you and move on and do the kinds of things, the big, bold action this country needs to get ourselves back on our feet.

Chuck Schumer: (02:40)
I just traveled to five different locations in Brooklyn and Manhattan. I met people from all over the country. People are so excited. They’re both relieved and excited. And in one moment, Speaker Pelosi and I called President-elect Biden to congratulate him. He was on my cell phone. I held it out the window of the car, and he heard Brooklyn cheering. And was he happy, was he happy. Now as I said, the long, dark night in America is over and a new dawn is coming. We can make that dawn even brighter by taking back the Senate by winning the two seats in Georgia and helping the working families of Georgia and America get the kind of help they have been denied for so long.

Speaker 4: (04:19)
What was your first reaction? Like you came in, what was the first thing that you did or said or thought?

Chuck Schumer: (04:24)
We’ve been waiting a long time. I stayed up at night to watch the TV til 11:00, 11:30. I thought Joe Biden might declare victory. Then I went to bed, hoping it would be today. I was on the phone, and I heard overshadowed on the TV that the networks had declared for Donald Trump, and I let out a shout of joy, a shout of joy. And within a minute, outside my apartment window in Brooklyn, you could hear the cheers from one end of the neighborhood to the other. America was so happy. Brooklyn was so happy.

Speaker 4: (04:59)
And how optimistic are you about a peaceful transfer of power?

Chuck Schumer: (05:03)
Look, Donald Trump tries every trick in the book, but even Republican judges and many Republican elected officials have said, “Donald Trump, stop messing around. You lost.” And the judges overwhelmingly thus far are siding against Trump and his bogus claims that the election wasn’t fair. We hope that continues. We have a lot of lawyers looking over their shoulders to make sure that Donald Trump doesn’t steal this election.

Chuck Schumer: (05:37)
Help in Georgia. You can be on the phone, you can send your small contributions, and you can tell anyone you know in Georgia, make sure they vote. Our enemy is apathy in Georgia, and we don’t think we’ll have it. Thank you, everybody. I’m going to a few more places to celebrate with the people. Thank you.