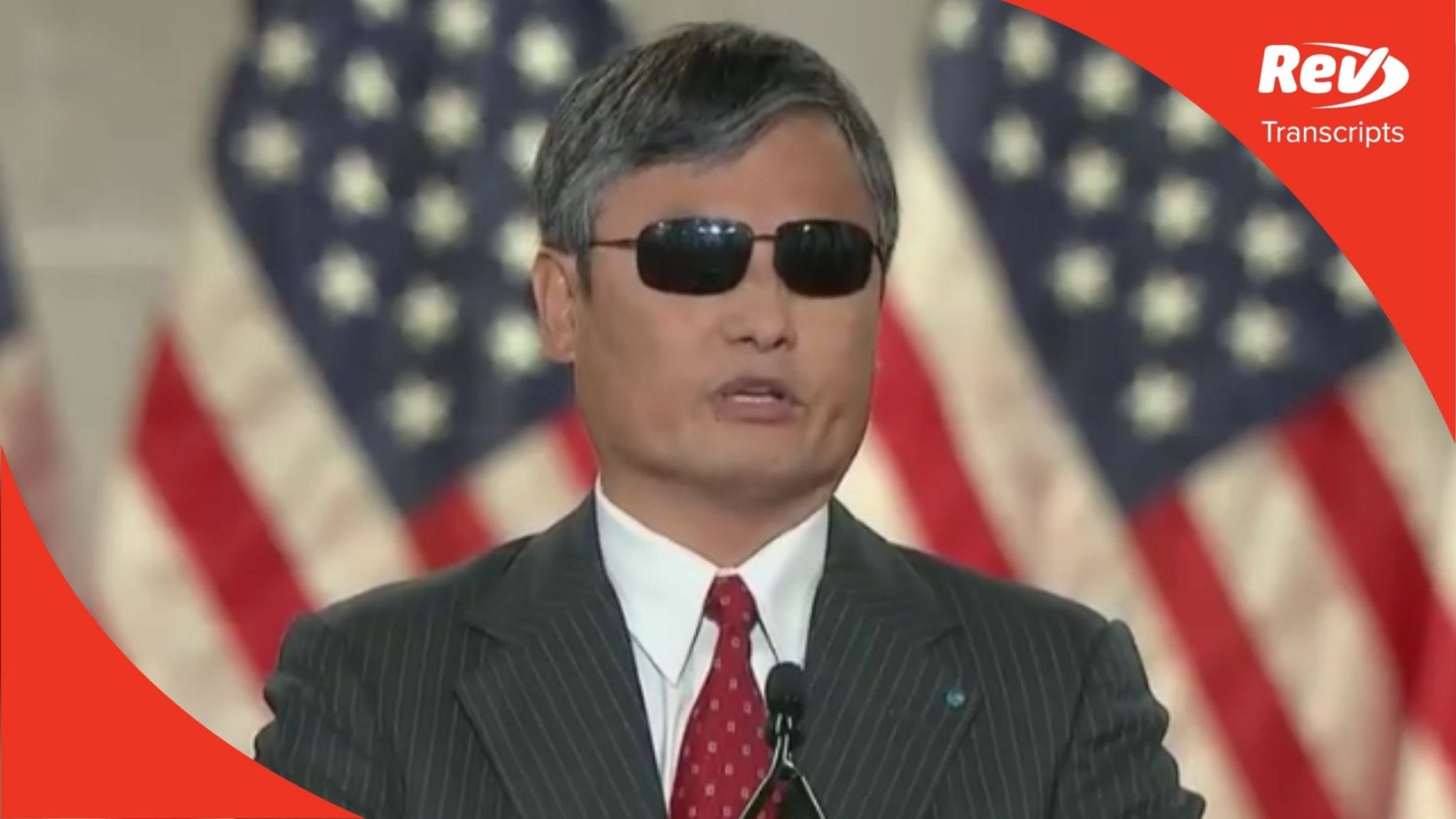 Chen Guangcheng: (00:04)
Standing up to tyranny is not easy, I know. When I spoke out against China’s one-child policy and other injustices, I was prosecuted, beaten, sent to prison and put under house arrest by the Chinese Communist Party, the CCP. In April, 2012, I escaped and was given shelter in the American Embassy in Beijing. I’m forever grateful to the American people for welcoming me and my family to the United States, where we are now free.

Chen Guangcheng: (01:00)
The CCP is an enemy of humanity. It is terrorizing its own people, and it is threatening the wellbeing of the world. In China, expressing beliefs or ideas not approved by the CCP, religion, democracy, human rights, can lead to prison. The nation lives under mass surveillance and censorship. The US must use its values of freedom, democracy, and the rule of law to gather a coalition of other democracies to stop CCP’s aggression.

Chen Guangcheng: (02:01)
President Trump had led on this and we need the other countries to join him in this fight, a fight for our future. Standing up to fight unfairness isn’t easy, I know, so does president Trump, but he has shown the courage to lead that fight. We need to support, vote and fight for President Trump for the sake of the world.