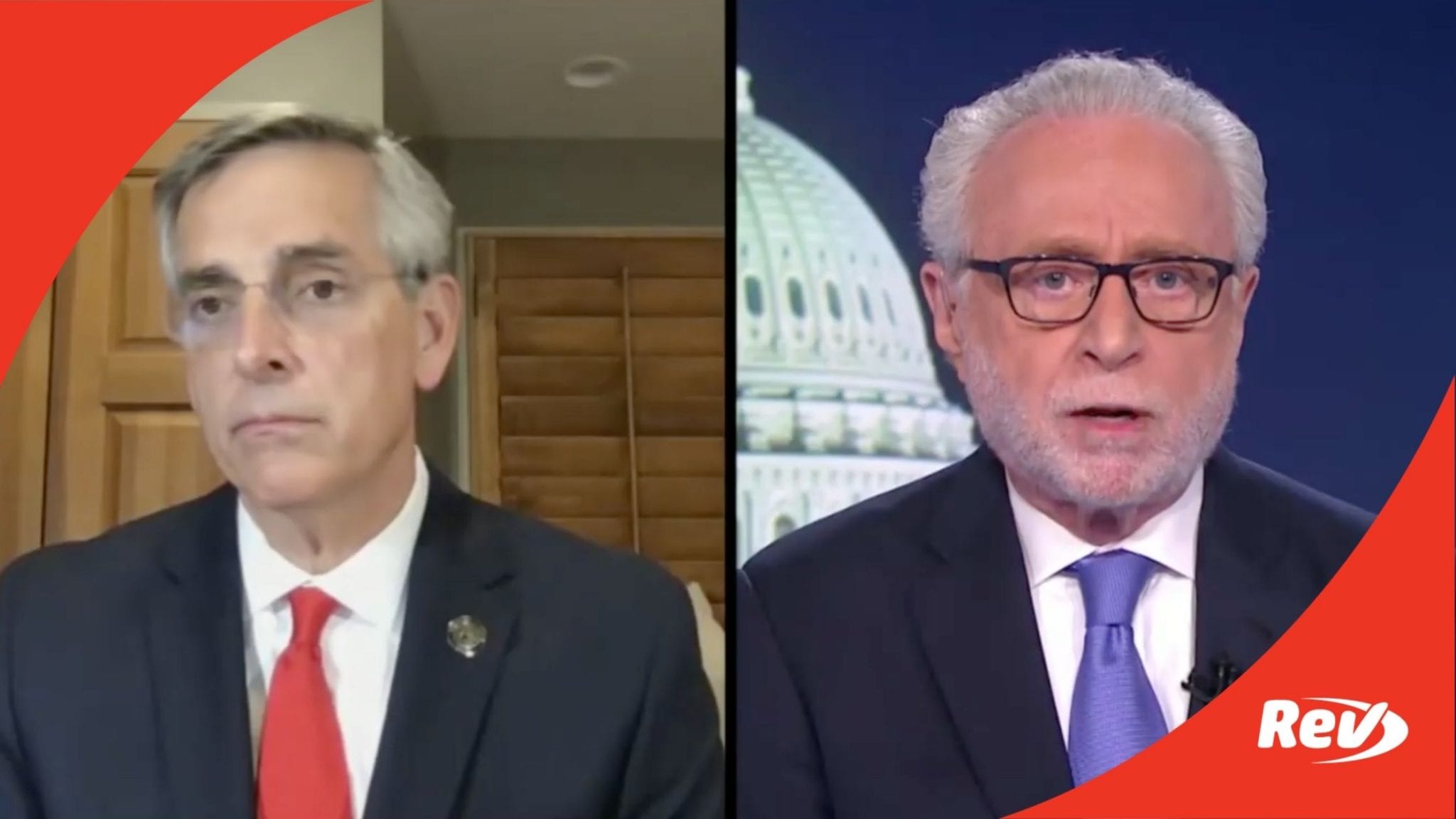 Georgia Secretary of State Brad Raffensperger talked about the GA recount on CNN. He also talked about his conversations with Lindsey Graham about signature matches and he said Graham “implied you could throw those out.” Read the full transcript here.

Wolf Blitzer: (00:00)
You described to the Washington Post, a conversation you had with Republican Senator Lindsey Graham on Friday, you came away with the impression that he essentially wanted you to look for ways to toss out mail-in ballots. What exactly did he say to you?

Brad Raffensperger: (00:15)
Well, he asked if the ballots could be matched back to the voters, and then I got the sense that he implied that then you could throw those out for any … Really, we look at the counties with the highest frequent error of signatures. So, that’s the impression that I got, but we’ve got signature matching in place. We have signature match when you request the ballot, absentee ballot, and then we have signature match when it comes in. Then with our new online, absentee ballot portal, that has photo ID.

Brad Raffensperger: (00:47)
So, we feel really confident that the election officials have done their job, and that’s what they’re charged to do, is do their job and make sure the signatures match.

Brad Raffensperger: (01:11)
Well, it’s just an implication that look hard and see how many ballots you could throw out, and I think that they’re looking at that as part of the court case, and one actually was subsequently filed, wasn’t it?

Wolf Blitzer: (01:24)
The president, as you well know, has attacked you, personally. He’s calling the Georgia recount and you’re in charge of that. He says, “It’s a scam, a waste of time.” You’re the man in charge of that recount. Are those words you’d use to describe it? How’s it going, the recount?

Brad Raffensperger: (01:42)
Well, what we decided to do is a hundred percent risk limit audit, and we’ve decided also as part of that to do a hundred percent manual re-tally. So we are in effect, hand recounting all those ballots, and so some counties are coming with zero changes. And yet today, in Floyd County, we found about nearly 3000 votes, about 800 plus for president Trump. And that’s why you do an audit, to make sure that every vote is accurately counted.

Brad Raffensperger: (02:06)
That was a county election error, it wasn’t the machine error, but still that’s why you do an audit. Just like why accountants come in and do audited financials at the end of the day, we want to make sure this vote is very accurate. We understand the national importance of this, and we’re in the process of doing that. The counties will be done by the 18th, and we will certify this by the 20th.

Wolf Blitzer: (02:26)
Those uncounted ballots in Floyd County, what about 2,600 were totaled. About 800, as you pointed out, were for President Trump. Was that an isolated incident? Are you sure that’s not going on anywhere else?

Wolf Blitzer: (02:58)
Are you sure that … Well, let me just rephrase the question. How did that happen?

Brad Raffensperger: (03:06)
The counties just didn’t upload one of the files. It was just an error on their part. It was scanned properly, it was tabulated property, but then that total was not added up to the county totals. So we’ve talked to the county election director already. In fact, one of our senior members of our team has asked for his resignation, because it’s a big error. That’s something that it’s really … It’s rudimentary. It’s something that shouldn’t happen, but it did, but we’re moving on and we’ll be doing this for 159 counties. Many of the counties are done, but that’s why you do an audit. You want to make sure you catch any of these kinds of errors, and you make sure that you can really verify the count that you have, so everyone has confidence in their results.

Wolf Blitzer: (03:50)
The Biden lead in Georgia is about 14,000. So, that one error is not going to affect the final outcome, but we’ll see what happens when the total recount happens, is that right?

Brad Raffensperger: (03:59)
Exactly. Many of the counties are done, and we just continue on that process, but it does get the President where he needs to be.

Wolf Blitzer: (04:07)
You also told the Washington Post, Mr. Secretary, that you and your wife have actually faced death threats over the election results. So this is … You’re quarantining right now after your wife tested positive for Corona Virus. So how are you both doing? I assume you’re still negative. Is that right?

Brad Raffensperger: (04:24)
I’m still negative. Yeah, there’s some threats that have come in, primarily through my wife’s cell phone number. That’s a little unsettling for her, obviously. The first ones came in just more subtle, and then they got to more graphic, and then they come in with some vulgarity also.

Brad Raffensperger: (04:41)
We always think I’m on this side, obviously, and you always think that your side wears the white hats, but people are really upset about this. And at the end of the day, I understand how contentious it is. We’re going to follow the process, we followed the law, the results will be what they are.

Brad Raffensperger: (04:57)
I’m going to probably be disappointed, because I was rooting for the Republicans to win, obviously, but I have a process. I have a law that I follow. Integrity in this office matters.