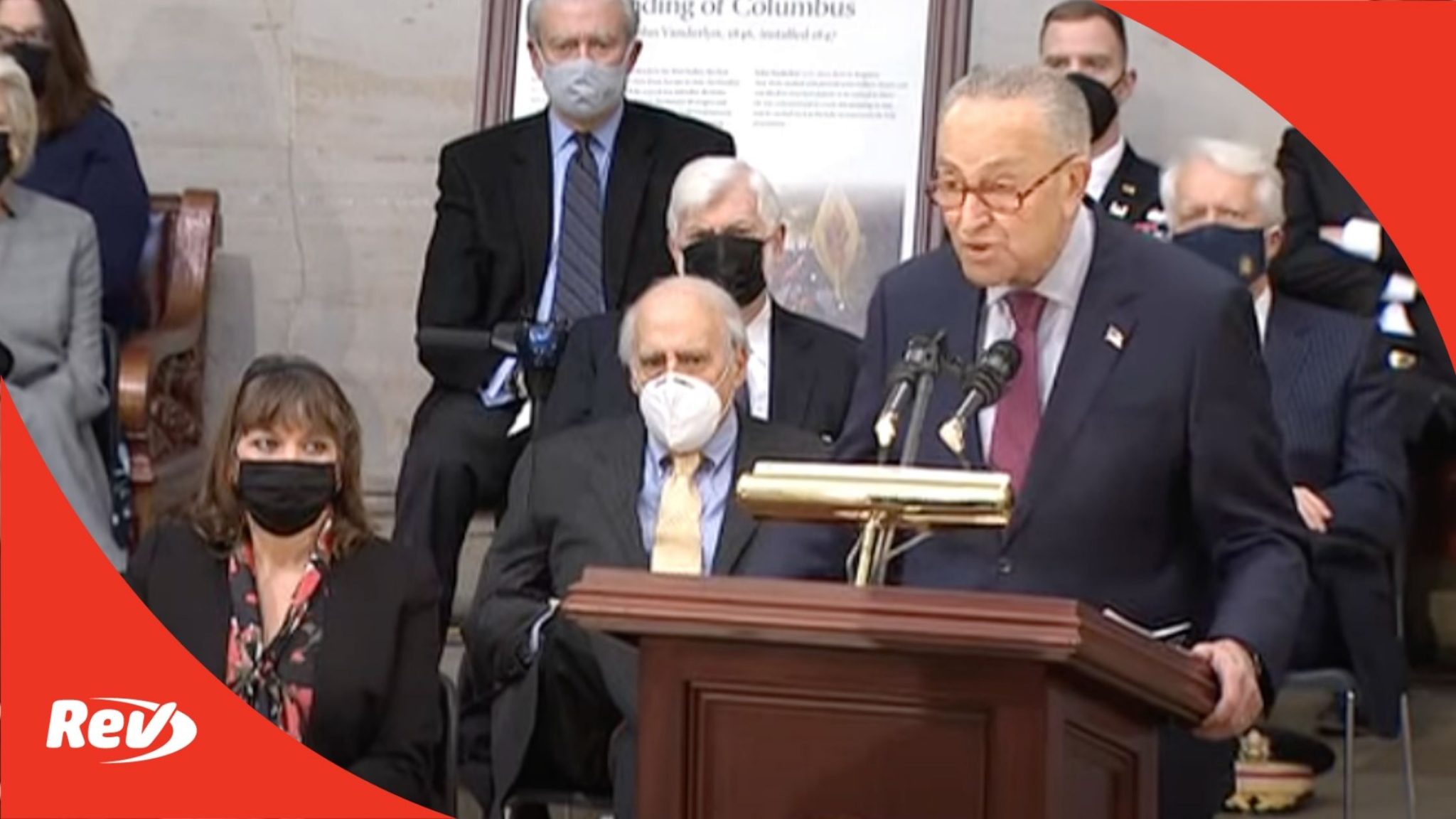 Chuck Schumer: (00:43)
Today we pay tribute to a remarkable leader over the course of his life knew more than his fair share of suffering, who turned that suffering into endurance, whose endurance became central to his character and whose character whose essential goodness leaves us with hope. Hope that we will continue to see good men and women in this country like the one to whom we say goodbye today.

Chuck Schumer: (01:16)
To pay tribute to Senator Bob Dole is to honor someone who redefined and elevated what it means to serve country. By 21, Bob had given more of himself than most of us given a lifetime and then he kept going for 77 years after that. And my God, it was 77 years well spent. At 27 he was elected to state politics. A decade later he came to Congress, followed promptly with an election to the Senate. 16 years later, Bob Dole was majority leader remaining in party leadership until his final run for president in 1996.

Chuck Schumer: (02:01)
The years were well spent; however. Not because of his titles, but because of what he accomplished. Today tens of millions of Americans, veterans, the elderly, the disabled and millions of kids across the country are better off because of Bob Dole. He never lost his roots as a principal pragmatic Kansas Republican. And Bob never to work with Democrats to get things done. From joining Senator McGovern on federal nutrition programs to working with my former colleague Senator Moynihan to protect Social Security, to helping pass the Americans with Disabilities Act with senators Kennedy and Harkin.

Chuck Schumer: (02:42)
Bob Dole was a champion of those whose lives were marred by struggle who came not from citadel’s of privilege, but from humble origins like his own. In his memoir, Senator Dole wrote that, “Supporters were sometimes surprised to hear that of all his accomplishments in the Senate reforming Social Security was his greatest pride along with passing the ADA.” I’m sure that surprises a few of us here today, but I doubt those who knew the Bob Dole of Russell, Kansas, the man whose family lived for years in their own basement so they could rent out their house. Who his county attorney had to approve his grandfather’s welfare checks each month. Whose recovery from war was made possible only after his hometown pooled money to pay for surgery.

Chuck Schumer: (03:32)
I imagine that those who knew this side of Bob Dole understood that no matter how high he climbed up the ranks, he never forgot the reason he entered public service. And of course he did it all with unmistakable acerbic wit honed and refined over the years as he worked as a soda jerk in the local drug store. Bob and I never worked together in the Senate, but I was not spared his famous ribbing. Don’t worry, Bob, it’s safe to be between me and the cameras today.

Chuck Schumer: (04:04)
In closing, I want to bring back an enduring image of Bob that took place nine years ago as we said goodbye to another colleague lying in this same rotunda. None of us will ever forget the strength and honor of Bob with Elizabeth at his side standing and saluting Danny Inouye one last time. Bob used to tell the story of him and Danny recovering from war wounds at Percy Jones Army Hospital in Battle Creek, Michigan.

Chuck Schumer: (04:34)
As they recuperated, they discussed their futures with Bob telling Danny he planned to run for local office and eventually the United States Senate. At the time, Danny had a different path in mind for himself. But like Bob’s plan, ran for the office and eventually was actually elected to the Senate before Bob. After Danny was sworn in, one of the first things he did was call his old friend and said, “Bob, I’m here in the Senate. Where are you?” Now as Bob approaches the pearl gates, let us take comfort he can reunite with his old friend once again. In the meantime, let the rest of us carry on in thanksgiving and unending celebration of the life of this incredible American statesman.