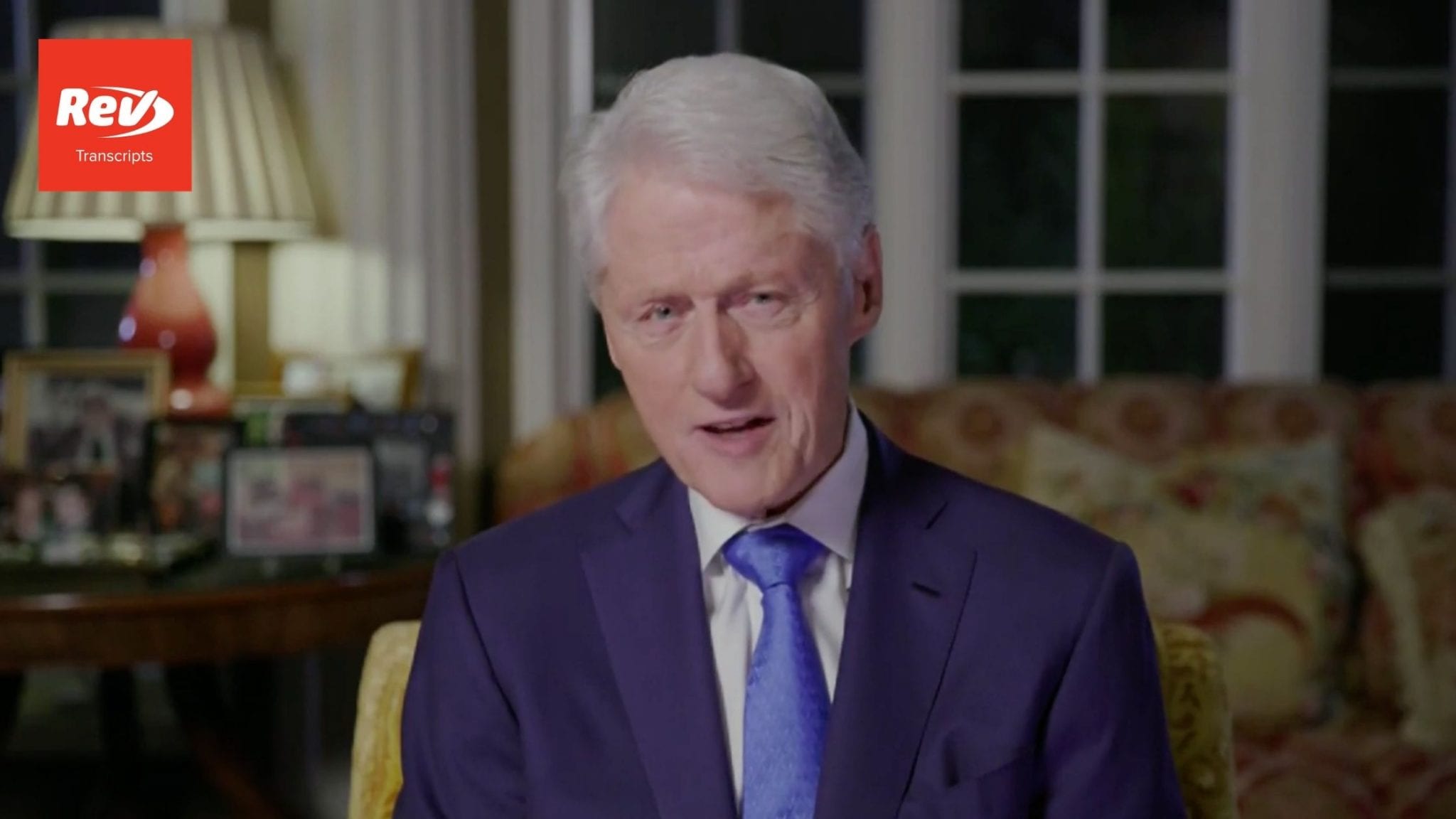 Bill Clinton: (00:00)
We have a leader to help us solve problems, create opportunities, and give our kids better tomorrows. That’s a tall order this year. With the COVID-19 outbreak on a path to killing 200,000 people and destroying millions of jobs and small businesses, how did Donald Trump respond? At first, he said the virus was under control and would soon disappear. When it didn’t, he was on TV every day bragging on what a great job he was doing. When our scientists waited to give us vital information, when he didn’t like the expert advice he was given, he ignored it. Only when COVID exploded in even more states did he encouraged people to wear masks. By then, many more were dying. When asked about the surge in deaths, he shrugged and said, “It is what it is.” But did it have to be this way? No. COVID hit us much harder than it had to.

Bill Clinton: (00:56)
We have just 4% of the world’s population, but 25% of the world’s COVID cases. Our unemployment rate is more than twice as high as South Korea’s, two and a half times the United Kingdom’s, more than three times Japan’s. Donald Trump says we’re leading the world. Well, we are the only major industrial economy to have its unemployment rate triple. At a time like this, the Oval Office should be a command center. Instead, it’s a storm center. There’s only chaos. Just one thing never changes; his determination to deny responsibility and shift the blame. The buck never stops there. Now, you have to decide whether to renew his contract or hire someone else. If you want a president who defies the job, is spending hours a day watching TV and zapping people on social media, he’s your man. Denying, distracting and demeaning works great if you’re trying to entertain or inflame. But in a real crisis, it collapses like a house of cards.

Bill Clinton: (02:00)
COVID just doesn’t respond to any of that. To beat it, you got to actually go to work and deal with the facts. Our party is united and offering you a very different choice. A go to work president, a down to earth, get the job done guy, a man with a mission to take responsibility, not shift the blame, concentrate, not distract, unite, not divide. Our choice is Joe Biden. Joe helped bring us back from a recession before and he can do it again. In 2009, Barack Obama and Joe Biden started with the worst economy since the Great Depression, and when they were done, they delivered more than six straight years of job growth. What did Joe do? He accepted responsibility for implementing the Recovery Act. His work created a lot of new jobs and started many new companies in communities across our country.

Bill Clinton: (02:53)
Now Joe is committed to building America back again. How? He’s given us smart, detailed plans to invest in areas vital to our future. Innovative financing for modern factories and small businesses, good jobs and green energy and conservation to combat climate change. A modern infrastructure that brings small town and rural America the connectivity and investment others take for granted. And a plan to ensure that Black Americans, Latino Americans, Native Americans, women, immigrants, and other communities left behind are full participants in our economy and our society.

Bill Clinton: (03:31)
Joe Biden wants to build an economy far better suited to our changing world. Better for young people, better for families working and raising their kids, better for people who lost jobs and need new ones, better for farmers tired of being collateral damage in trade wars, better for workers caring for the sick, elderly, and people with disabilities, better because of a living wage and access to affordable higher education and healthcare, including prescription drugs, and to childcare, a secure retirement, and for the first time, paid family and medical leave.

Bill Clinton: (04:07)
Joe won’t just put his signature on a check and try to fool you into thinking it came from him. He’ll work to make sure that your paycheck reflects your contribution to and your stake in a growing economy. In this job interview, the difference is stark. You know what Donald Trump will do with four more years. Blame, bully, and belittle. And you know what Joe Biden will do. Build back better. It’s Trump’s us versus them America against Joe Biden’s America, where we all live and work together. It’s a clear choice. The future of our country is riding on it. Thank you.