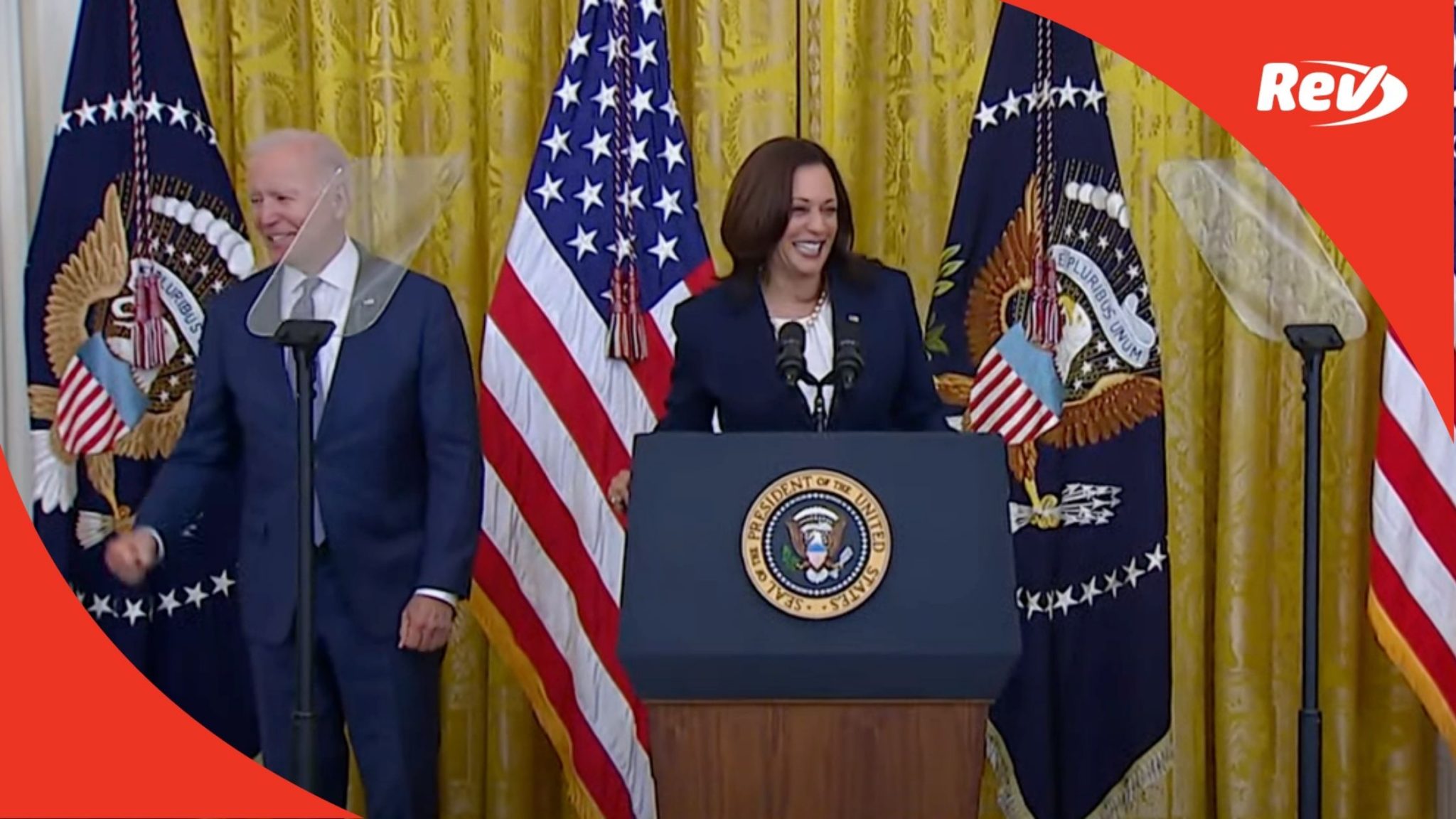 Vice President Kamala Harris: (01:02)
Looking out across this room, I see the advocates, the activists, the leaders who have been calling for this day for so long, including the one and only, Ms. Opal Lee, who just received a very special recognition from the President of the United States.

Vice President Kamala Harris: (02:18)
When we establish a national holiday, it makes an important statement. National holidays are something important. These are days when we as a nation have decided to stop and take stock, and often to acknowledge our history. As we establish Juneteenth as our newest national holiday, let us be clear about what happened on June 19th, 1865, the day we call Juneteenth, because you see that day was not the end of slavery in America. Yes, on that day, the enslaved people of Galveston, Texas learned that they were free, but in fact, two and a half years earlier, the Emancipation Proclamation ended slavery in the Confederacy.

Vice President Kamala Harris: (04:02)
And still let us also remember that day was not the end of slavery in America. The truth is it would be six more months before the 13th amendment was ratified, before enslaved people in the south in the north were free. As we commemorate the history of Juneteenth, as we did just weeks ago with the history of the Tulsa Race Massacre, we must learn from our history and we must teach our children our history, because it is part of our history as a nation. It is part of American history.

Vice President Kamala Harris: (04:47)
Let me end by saying this, we are gathered here in a house built by enslaved people. We are footsteps away from where President Abraham Lincoln signed the Emancipation Proclamation. And we are here to witness president Joe Biden establish Juneteenth as a national holiday. We have come far and we have far to go, but today is a day of celebration. It is not only a day of pride. It is also a day for us to reaffirm and rededicate ourselves to action.

Vice President Kamala Harris: (05:31)
With that, I say, happy Juneteenth, everybody. And with that, I introduce the President of the United States, Joe Biden.

President Joe Biden: (06:00)
156 years ago, 156 years, June 19th, 1865. John, thanks for being here. The major general of the Union army arrived in Galveston, Texas to enforce the Emancipation Proclamation and free the last enslaved Americans in Texas from bondage. That day, as you all know, I’m going to repeat some of what was said, became known as Juneteenth. You all know that. A day that reflects what the Psalm tells us: “Weeping may endure for a night, but joy cometh in the morning.”

President Joe Biden: (06:42)
Juneteenth marks both the long, hard night of slavery and subjugation and a promise we’re bright and morning to come. This is a day of profound, in my view, profound weight and profound power. A day in which we remember the moral stain, the terrible toll that slavery took on the country and continues to take; what I’ve long called America’s Original Sin. At the same time, I also remember the extraordinary capacity to heal and to hope and to emerge from the most painful moments in a bitter, bitter version of ourselves, but to make a better version of ourselves.

President Joe Biden: (07:40)
Today, we consecrate Juneteenth for what it ought to be, what a must be. A National holiday. As the vice president noted, a holiday that will join the others of our national celebrations, our independence, our laborers, who built this nation, our service men and women who served and died in its defense, and the first new national holiday since the creation of Martin Luther King holiday, nearly four decades ago.

President Joe Biden: (08:10)
I’m grateful to the members of Congress here today, in particular, the Congressional Black Caucus, who did so much to make this day possible. I’m especially pleased that we showed the nation that we can come together as Democrats and Republicans to commemorate this day with an overwhelming bipartisan support of the Congress. I hope this is the beginning of a change in the way we deal with one another.

President Joe Biden: (08:39)
We’re blessed to mark the day in the presence of Ms. Opel Lee. As my mother would say, “God, love her.” I had the honor of meeting her in Nevada more than a year ago, she told me she loved me, and I believed it. I wanted to believe it. Ms. Opal, you’re incredible. A daughter of Texas, grandmother of the movement to make Juneteenth a federal holiday. Ms. Opal is, you won’t believe it, she’s 49 years old, or 94 years old. But you are an incredible woman, Ms. Opal, you really are.

President Joe Biden: (09:28)
As a child growing up in Texas, she and her family would celebrate Juneteenth. On Juneteenth 1939, when she was 12 years old, a white mob torched her family home, but such hate never stopped her, any more than it stop the vast majority of you I’m looking at it from this podium. Over the course of decades, she’s made it her mission to see that this day came. It was almost a singular mission. She’s walked for miles and miles, literally and figuratively, to bring attention to Juneteenth, to make this day possible. I ask once again, we all stand and give her a warm welcome to the White House.

President Joe Biden: (10:27)
As they still say in the Senate, and I said for 36 years, if excuse me for a point of personal privilege. As I was walking down, I regret that my grandchildren aren’t here because this is a really, really, really important moment in our history. By making Juneteenth a federal holiday, all Americans can feel the power of this day and learn from our history and celebrate progress and grapple with the distance we’ve come, but the distance we have to travel to.

President Joe Biden: (11:17)
I said a few weeks ago, marking the 100th anniversary of the Tulsa Race Massacre, great nations don’t ignore their most painful moments. Great nations don’t ignore the most painful moments. They don’t ignore those moments in the past. They embrace them. Great nations don’t walk away. We come to terms with the mistakes we made. In remembering those moments, we begin to heal and grow stronger. The truth is, it’s simply not enough just to commemorate Juneteenth, after all the emancipation of slave black Americans didn’t mark the end of America’s work to deliver on the promise of equality; it only marked the beginning. To honor the true meaning of Juneteenth, we have to continue toward that promise because we’ve not gotten there yet. The vice president and I and our entire administration and all of you in this room are committed to doing just that.

President Joe Biden: (12:28)
That’s why we’ve launched an aggressive effort to combat racial discrimination in housing, finally address the cruel fact that a home owned to this day by a black American family is usually appraised at a lower rate for a similar home owned by a white family in a similar area. That’s why we committed to increasing black home ownership, one of the biggest drivers of generational wealth.

President Joe Biden: (12:53)
That’s why we’re making it possible for more black entrepreneurs to access capital because their ideas are as good, they lack the capital to get their fair and get their fair share of federal contracts so they can begin to build wealth. That’s why we’re working to give each and every child, three and four years of age, not daycare but school in a school.

President Joe Biden: (13:25)
That’s why we’re unlocking the incredibly creative and innovation of the history of our historical black colleges and universities, providing them with the resources to invest in research centers and laboratories to help HBCU graduates prepare and compete for good paying jobs in the industries of the future.

President Joe Biden: (13:44)
Folks, the promise of equality is not going to be fulfilled until we become real. It becomes real in our schools and on our main streets and in our neighborhoods, our healthcare system, and ensuring that equity is at the heart of our fight against the pandemic, and the water that comes out of our faucets, and the air that we breathe in our communities, and our justice system, so that we can fulfill the promise of America for all people. All of our people. It’s not going to be fulfilled so long as the sacred right to vote remains under attack.

President Joe Biden: (14:23)
We see this assault from restrictive laws, threats of intimidation, voter purges and more; an assault that offends the very democracy, our very democracy. We can’t rest until the promise of equality is fulfilled for every one of us in every corner of this nation. That, to me, is the meaning of Juneteenth. That’s what it’s about. Let’s make this very Juneteenth, tomorrow, the first that our nation will celebrate all together, as one nation, a Juneteenth of action on many fronts, one of those is vaccinations.

President Joe Biden: (15:14)
Tomorrow, the vice president will be in Atlanta on a bus tour helping to spread the word, like all of you have been doing, on life-saving vaccines. Across the country this weekend, including here in Washington, people will be canvasing and hosting events in their communities, going door to door, encouraging vaccinations. We’ve built equity into the heart of the vaccination program from day one, but we still have more work to do to close the racial gap in vaccination rates. The more we can do that, the more we can save lives.

President Joe Biden: (15:44)
Today also marks the sixth anniversary of the tragic deaths at Mother Emanuel Church in Charleston, South Carolina. A killer motivated by hate, intending to start a race war in South Carolina, he joined his victims in a Bible study class, then he took their lives in a house of worship. It’s a reminder that our work to root out hate never ends, because hate only hides. It never fully goes away. It hides. When you breathe oxygen under that rock, it comes out. That’s why we must understand that Juneteenth represents not only the commemoration of the end of slavery in America more than 150 years ago, but the ongoing work to have to bring true equity and racial justice into American society, which we can do. In short, this day doesn’t just celebrate the past, it calls for action today.

President Joe Biden: (16:49)
I wish all Americans a happy Juneteenth, and I’m shortly going to, in a moment, going to sign it into law, making it a federal holiday. I have to say to you, I’ve only been president for several months, but I think this will go down for me as one of the greatest honors I will have had as president. Not because I did it. You did it. Democrats and Republicans. But it’s an enormous, enormous honor. Thank you for what you’ve done. By the way, typical of most of us in Congress and the Senate, I went down the other end of the hall first and thanked your staffs because I know who does the hard work.

President Joe Biden: (17:36)
No, they’re down there. They’re at the other end. But I thank them as well. God bless you all, and may God protect our troops. Thank you.

Speaker 10: (21:01)
Mr. President, is Election Day next? Is the plan to sign Election Day a national holiday? 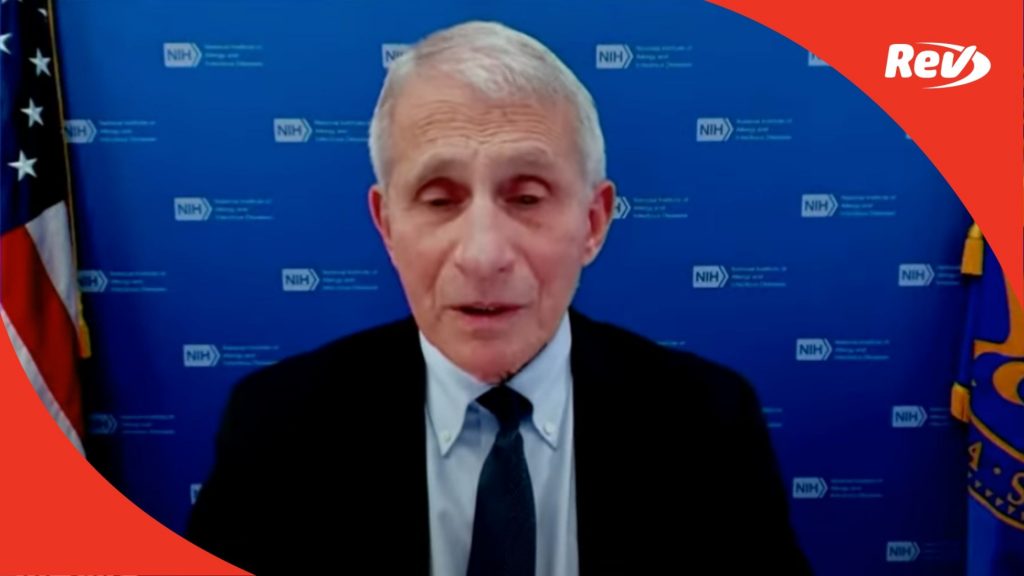