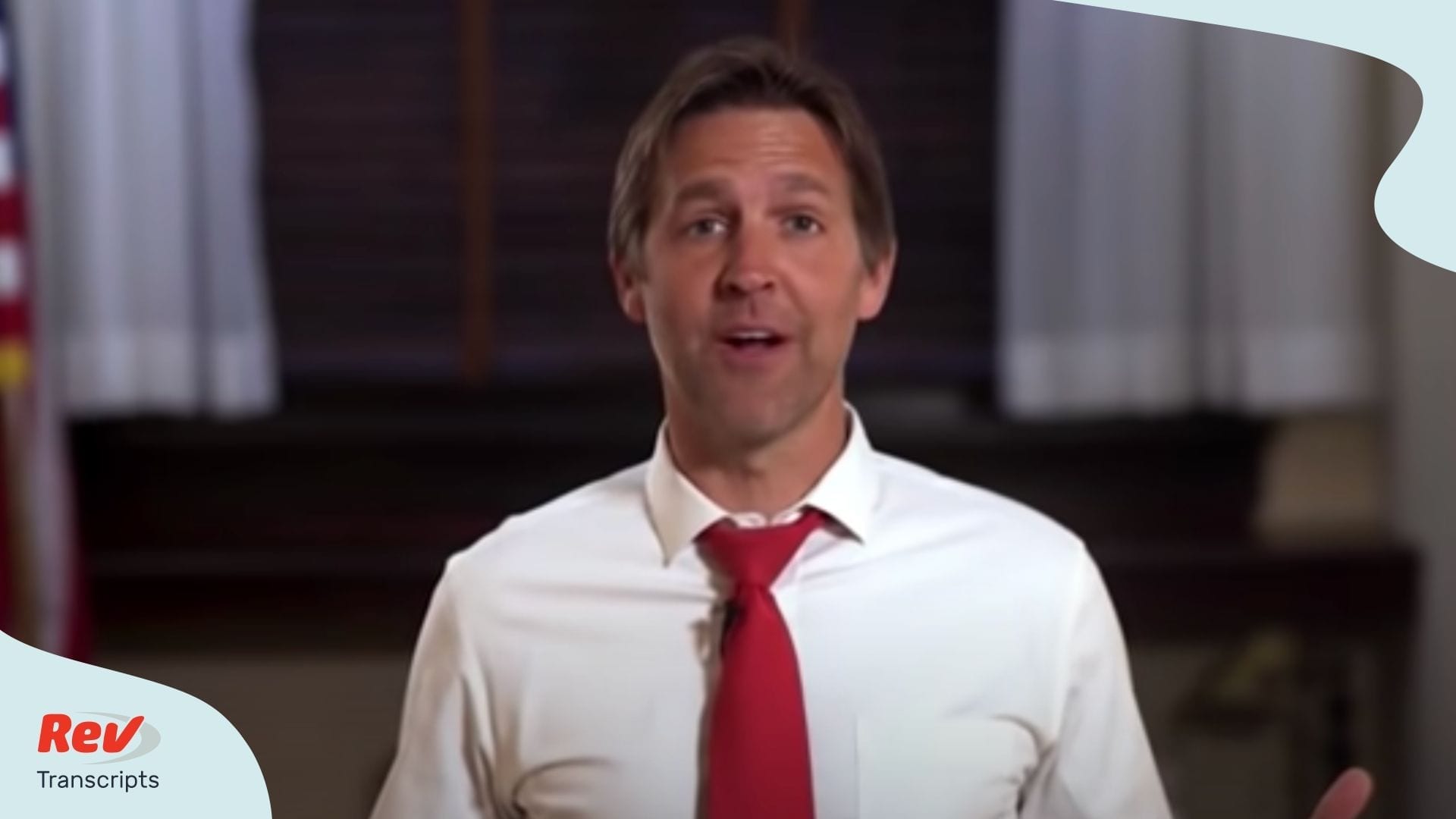 Ben Sasse, a Republican senator from Nebraska, gave a controversial virtual commencement speech on May 17. He blamed the “thugs in China” for COVID-19 and ridiculed people named “Jeremy.” Full transcript is here, and click the timestamp links for video & an interactive transcript.

Ben Sasse: (00:00)
Congratulations graduates. This is a big moment. Not on graduating high school, but on making the journey down the stairs from your bedroom to the living room and putting on something slightly more formal than sweat pants. Your grandparents are proud of you. We’re all proud of you. It took a lot of effort. We want to recognize your sacrifice.

Ben Sasse: (00:18)
Congratulations, parents, teachers, and coaches. Not that there’s really any meaningful distinction among those categories anymore at this point. If you’re a parent, you’re a teacher, thanks a lot, China. We’re all teachers now. And let’s be honest. At the start of this, most parents thought we would be visionary math teachers, changing the world, but after about two weeks, we all just decided to default into gym teachers.

Ben Sasse: (00:41)
I’m kidding. My dad was a gym teacher. I’m serious. He used to teach English and social studies, but he always aspired to get to gym so he didn’t have to put on formal clothes every day and he could wear the same sort of sweats that most of you are wearing from the bottom half down anyway. But anyway, I know, Dad, gym is important, if you’re watching, Dad. As if he’s watching. My children, aren’t at his house and like all grandparents, there’s no chance he can get Zoom to work without my children there to do it for him.

Ben Sasse: (01:06)
Graduates, adults don’t tell you this, but once or twice a week in real-world life, someone’s going to ask you to climb a giant rope. No reason, just climb the rope. Sure, every now and then the rope is a metaphor, but honestly, most of the time, it’s just a big rope and you have to climb it. If you don’t get that joke, talk to your mom and dad. Back in the day, when we were a lot fitter than you people are, we used to have to climb ropes all the way up to the ceiling of the gym all the time.

Ben Sasse: (01:32)
So gym teachers, those of you who chose to do it as a calling, and those of you who’ve been forced into it as a calling, I salute you. So here we are. We’re in your living room. I’m on a laptop. You’re on a couch because 2020 is a heck of a year. I know I’m not supposed to say this, but you’re not missing out on that much because honestly, nobody, and by nobody I mean nobody, remembers anything about their high school graduation.

Ben Sasse: (01:57)
In fact, a lot of us spend a lot of our lives, trying to forget as much about high school as we possibly can. You know what I mean. You remember sophomore year. You don’t want those memories to be defining for you. And in fact, they are a whole bunch of people who make a whole bunch of money by just trying to help other people forget high school. They’re called psychologists.

Ben Sasse: (02:17)
In fact, 95% of all gainfully employed psychologists, and I’m serious, there are dozens of them that are gainfully employed, their job is really just to help people forget high school, and the other 5%, they just research hamsters who got lost in mazes, which come to think of it, is a lot like high school, and that’s why we want to forget it. Those hamsters also need their own psychologist now.

Ben Sasse: (02:39)
Here’s what I’m trying to say. There will always be money to be made in psychology. No, that’s a joke. Do not, if you’re headed to college, do not major in psychology. That part’s not a joke. But like I was saying, nobody remembers their high school graduation except for you guys. You guys are going to be the first generation in human history to actually have your high school graduation seared into your memories.

Ben Sasse: (03:01)
You’re going to be at your class reunion in 25 or 30 years. I mean, people 30 years out of high school are really old. By the way, I graduated high school 30 years ago this month. So thanks for rubbing it in. You’re going to say stuff at your high school reunion service, ceremonies. “Remember that time that China started a big, global pandemic that created the worst public health crisis in over a century and brought the economy to its knees, and we had to stay at home and everybody was hoarding toilet paper, and we all watched this documentary about some weirdo dude who raised tigers?”

Ben Sasse: (03:33)
Yeah, it’ll be pretty hard to forget that. So you guys have this silver lining. You’re going to remember your high school graduation. Nobody else has ever remembered their high school graduation. You’re going to remember it. You’re graduating in your living room and you’re having a Senator come and talk to you about some dude named Joe Exotic.

Ben Sasse: (03:49)
But that’s probably the least weird thing that happened this last month, because we haven’t even started talking about murder hornets yet. That’s right, murder hornets. Now, I know what you’re thinking. It’s not the murder hornets’ fault. If an inset grows up being called a murder hornet, you can’t be surprised when they actually start ripping the heads off of honeybees. I get it. That’s a pretty good point. We all sort of do grow into our names.

Ben Sasse: (04:28)
Or if you haven’t been reading and you should be, because you’ve got time on your hands. Scientists just discovered a black hole that’s four times the size of our sun, and it’s apparently in a system that’s visible to the naked eye. Scientists are now going to classify it as a major, major bummer.

Ben Sasse: (04:43)
Why am I giving you all this bad news? Well, between the pandemic and the murder hornets, and the fact that the Tiger King lady definitely killed her husband and the black hole, that shouldn’t be between, it should be among, but among all those things, you’re stuck at home for graduation. And that’s really not even a top-100 problem. But, I get it. This isn’t the way you wanted today to go down and you know, all joking aside, you are graduating in the midst of two crises.

Ben Sasse: (05:10)
We’ve got a public health crisis, which is real, and many of us know people who’ve been suffering for the health reasons, and we’ve got an economic crisis on our hands and all of us are going to be navigating that. You’re entering the world, you’re moving from basically the end of childhood to the start of adulthood at a time when the economy has some pretty ugly prognostication coming.

Ben Sasse: (05:59)
Your generation is going to have a big calling. You’re going to have to deal with the consequences of all this. And you’re entering adulthood during an incredibly disruptive time. But you know what that means? It means the fact that you’re going to need grit and determination and resilience, isn’t just euphemism it, it isn’t just rhetoric. It’s reality. And here’s the good news. You all have the potential to have grit and resilience and determination and to get through this.