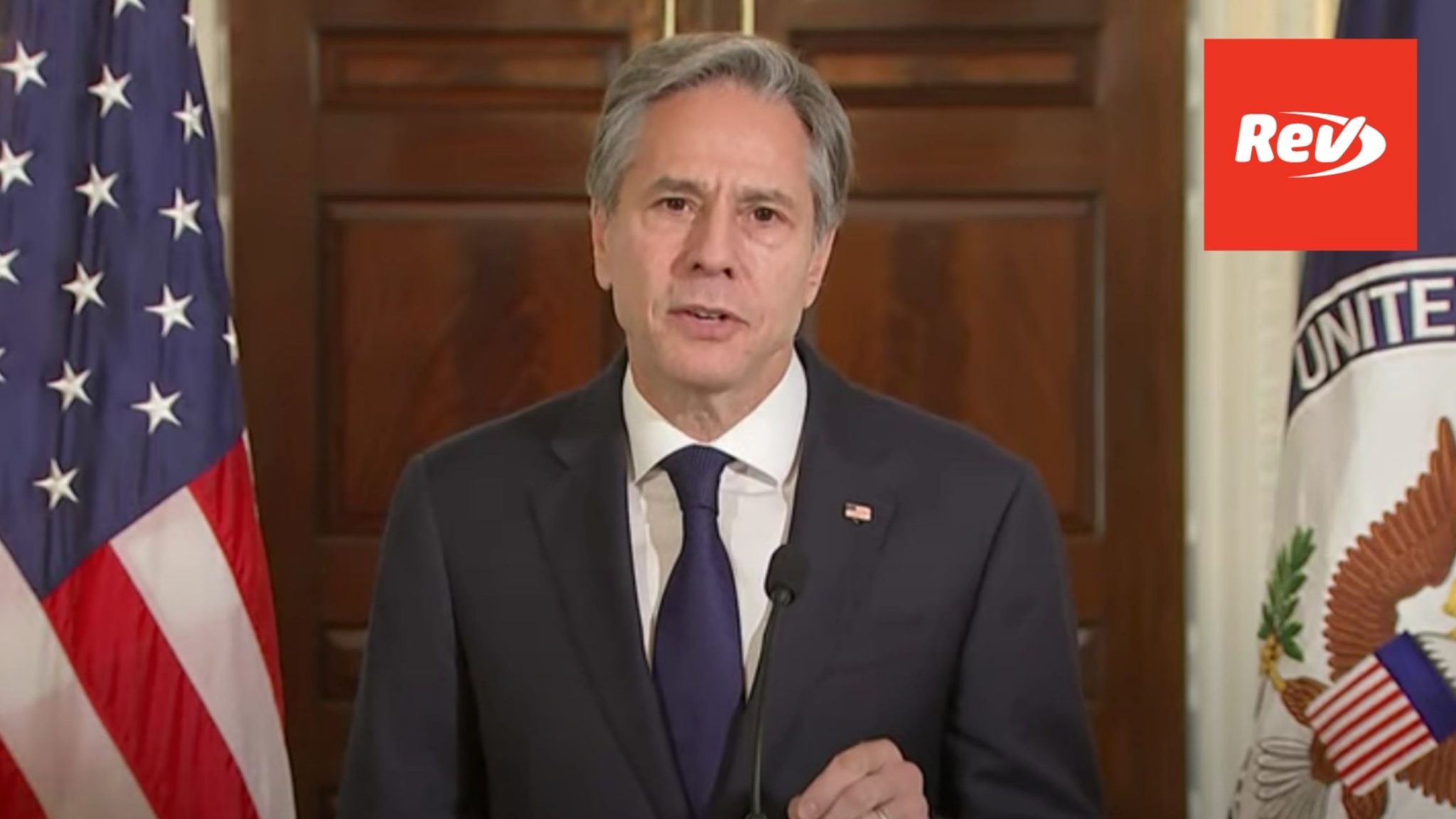 Secretary of State Antony Blinken paid tribute to the legacy of General Colin Powell after his death on October 18, 2021. Read the transcript of his speech remarks here.

Antony Blinken : (00:55)
Secretary Powell trusted the career workforce here. He empowered them. He made sure that the desk officer who knew a particular country or issue most deeply was the one who got to brief him or the President. He told the staff that they didn’t need to worry about getting fancy lunches. Hamburgers and hotdogs were just fine. When he hopped onto the elevator, he pulled others on with him. He didn’t bother with formalities and he wasn’t overly concerned with hierarchy either. He wanted to hear from everyone. He walked around the building, dropping into offices unannounced, asking what people needed, making sure they knew he was counting on them.

Antony Blinken : (01:36)
Secretary Powell was simply and completely a leader, and he knew how to build a strong and united team. He treated people the way he expected them to treat each other, and he made sure that they knew he would always have their back. The result was that his people would walk through walls for him.

Antony Blinken : (01:59)
Secretary Powell’s career in the US military is legendary. As a teenager at the City College of New York, not far from where he grew up in the South Bronx, he joined ROTC and after graduation became an army officer. For 35 years, he was a professional soldier. He started in the infantry, served two tours in Vietnam, was stationed in South Korea in West Germany and oversaw operation desert storm in Iraq.

Antony Blinken : (02:27)
By the time he retired from the military, he was arguably the most respected and celebrated American in uniform. At that time, he received his second presidential Medal of Freedom. This time from President Clinton, who said at the metal ceremony, today a grateful nation observes the end of the distinguished career and celebrates 35 years of service and victory, a victory for the United States military that gave young Colin Powell a chance to learn and to grow and to lead, a victory for the military and political leaders who continue to elevate him based on their complete confidence and sheer respect, a victory for a nation well-served and in a larger sense, a victory for the American dream, for the principle that in our nation, people can rise as far as their talent, their capacities, their dreams, and their discipline will carry them.

Antony Blinken : (03:25)
After that career, Colin Powell could have enjoyed a quieter life, maybe dedicating himself full time to the organization he founded, America’s Promise to help young people from underrepresented communities, like the one where he grew up. Instead, he started a new career in diplomacy, and I believe Secretary Powell’s years as a soldier or what made him such an exceptional diplomat. He knew that war and military action should always be a last resort and to make that so we need our diplomacy to be as robust and well-resourced as possible.

Antony Blinken : (03:59)
He called for increased funding for state, which then as now was just a fraction of the Pentagon’s budget. He modernized the State Department, putting a computer on every desk and he believed deeply that America was an exceptional nation, that we could and should lead with confidence and humility, and that the world was safer when the United States was engaged and its allies and partners were united.

Antony Blinken : (04:26)
Future military leaders and diplomats will study Colin Powell’s work like the Powell Doctrine that hammered out criteria for when and how the United States should use force and his support for expeditionary diplomacy, diplomats and military working together to bring stability to high threat environments. He was a man of ideas, but he wasn’t ideological. He was constantly listening, learning, adapting. He could admit mistakes. It was just another example of his integrity.

Antony Blinken : (05:00)
As it’s probably evident by now, I was a huge admirer of Secretary Powell’s. I always will be, and he was very generous with me. This past 4th of July, we spent a few precious hours together talking about the State Department, discussing all the challenges we’re confronting around the world. Two things were clear. Secretary Powell’s depth of knowledge about world events was unmatched and he loved the State Department and wanted it to thrive.

Antony Blinken : (05:31)
So today is a sad day for us here at state, especially for all those who worked for and with Secretary Powell and we’ll never forget the experience. Our thoughts are with Alma Powell and the entire family today, to everyone who loved him. Colin Powell dedicated his extraordinary life to public service because he never stopped believing in America, and we believe in America in no small part because it helped produce someone like Colin Powell. Thank you, Mr. Secretary.