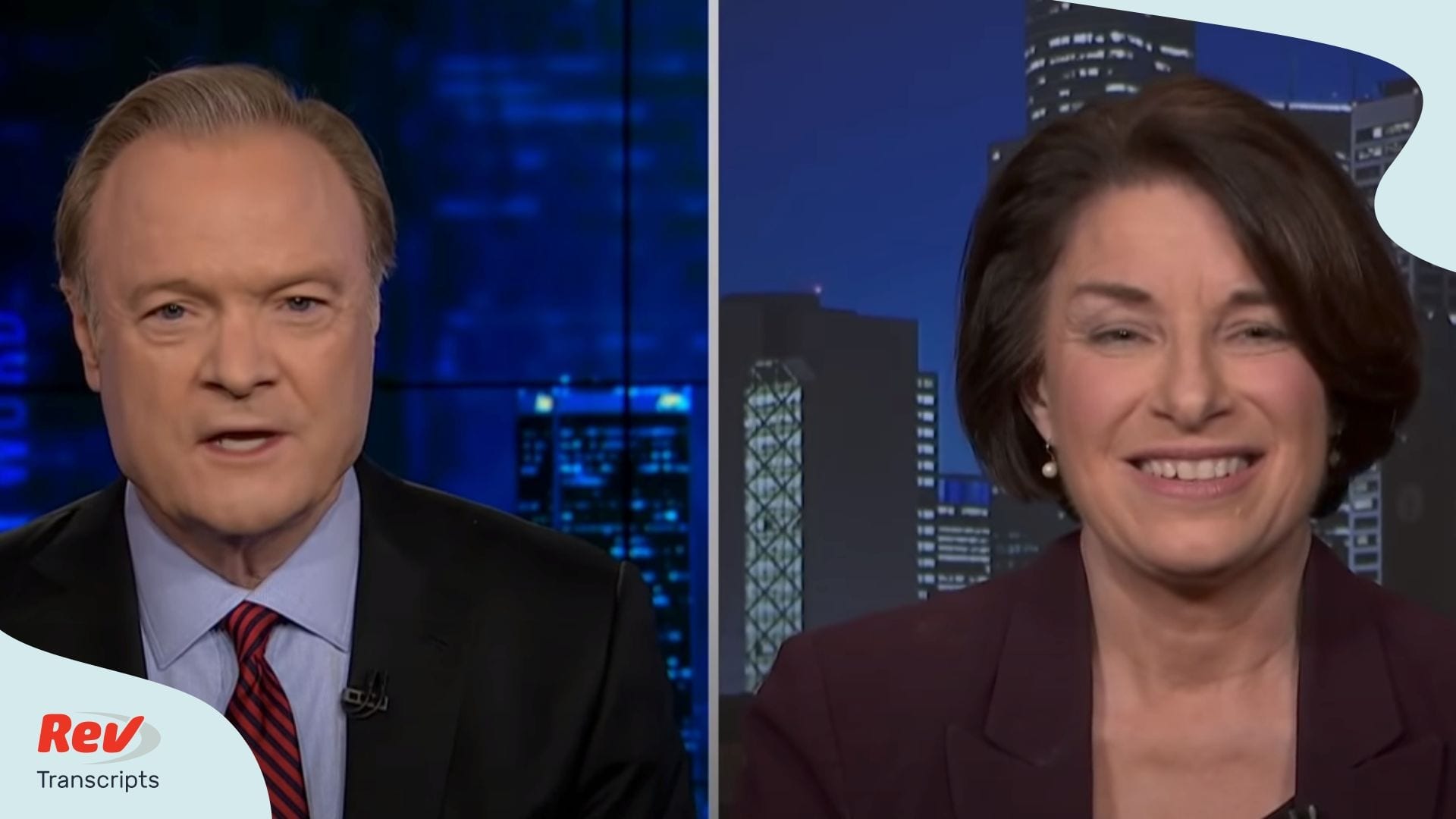 Amy Klobuchar said today that Joe Biden should pick a woman of color for Vice President in his presidential ticket, effectively withdrawing herself from consideration. Read the transcript here.

Senator Amy Klobuchar: (00:31)
You know, Lawrence, I have never as you probably know, on many, many shows since I endorsed the vice president in that joyful night in Dallas, I’ve never commented on this process at all. But let me tell you this, after what I’ve seen in my state, what I’ve seen across the country, this is a historic moment and America seize on this moment. I truly believe, as I actually told the vice president last night when I called him, that I think this is a moment to put a woman of color on that ticket. And there are so many incredible qualified women, but if you want to heal this nation right now my party, yes. But our nation, this is sure a hell of a way to do it. And that’s just what I think after being through this in my state.