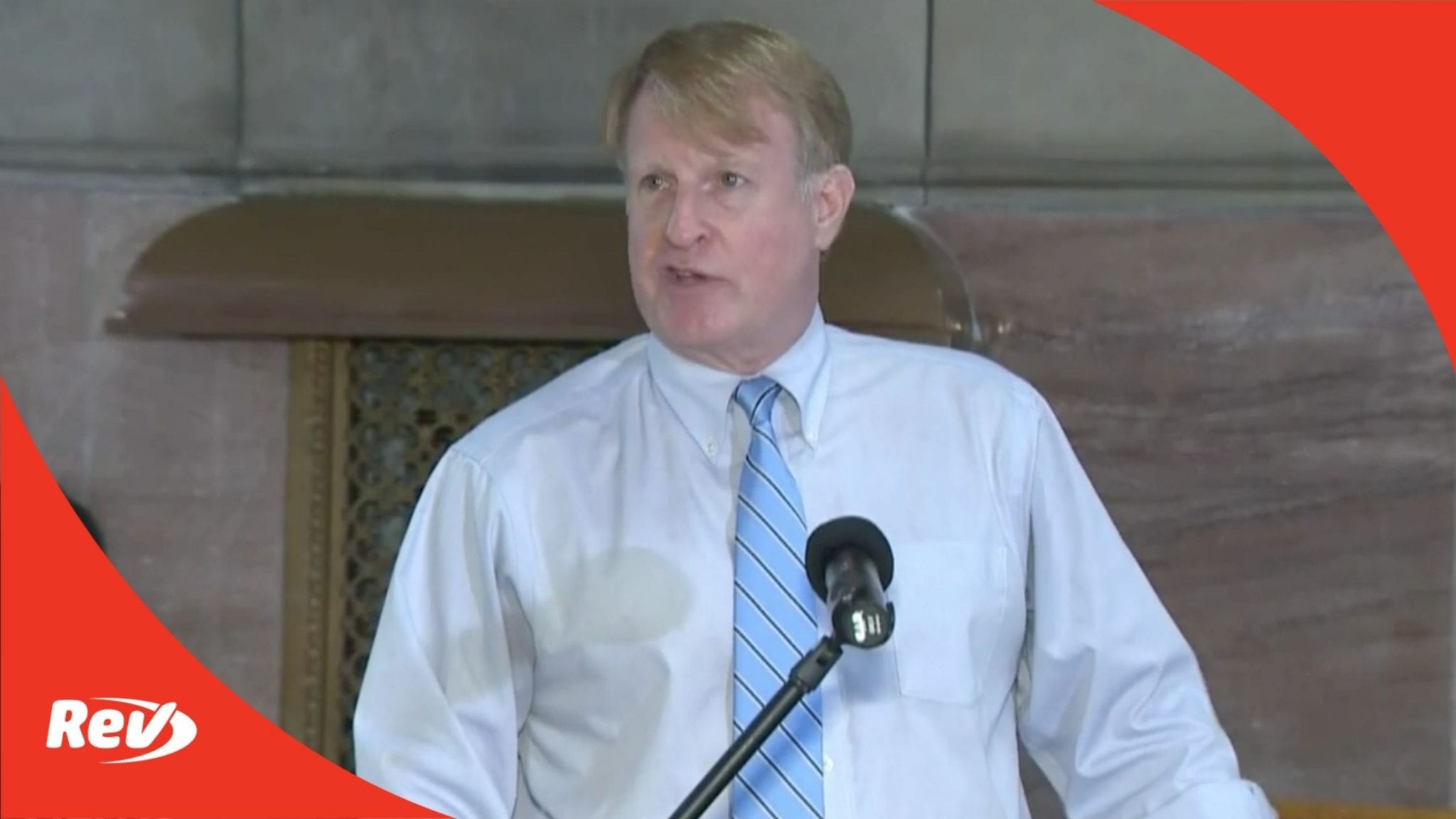 Allegheny County election officials held a press conference to provide updates on the election count for Pittsburgh, Pennsylvania on November 5. Read the transcript of the news briefing here.

Speaker 1: (00:00)
… cast by the people in Allegheny County. First of all, let me begin by saying how proud I am of our election workers, who literally have been working around the clock. Although, I guess only 36 hours of work in a 40 hour work isn’t necessarily around the clock, they did take four hours to sleep a little bit, but that’s literally what they’ve been doing for the last number of weeks as we have processed the over 300,000 ballots that were cast and returned properly. And then they also had to look at the ones that had other issues that might not ever be counted. As of today, as of last night actually, in Allegheny County, 675,928 votes had been recorded and put on the state website. In the mail processing of that were 313,072 that were done as of last night. At this point, there are approximately 35,000 mail ballots that are to be looked at.

Speaker 1: (01:09)
In that 35,000 ballots to be looked at, 29,000 ballots have been ordered by federal court to not be handled or processed until 5:00 o’clock on Friday. So at 5:00 o’clock tomorrow, they will begin going through that process. We also have another 6,800 ballots that have, I’ll call them other issues, they got damaged in the mail, they got damaged or cut during the cutting of the machine process, maybe there wasn’t a secrecy envelope, dated issues, et cetera, et cetera. Those are going to be looked at starting tomorrow at 9:00 o’clock, again, by state order. We have to swear in a Return Board tomorrow morning. Those individuals will be sworn in by the Board of Elections of which I am the chair along with Councilman de Marco and Councilwoman Hallam. We will be swearing in the workers of which there are dozens. I can’t give you an exact number, but it’s dozens and dozens of our election workers that will be sworn in tomorrow morning at 9:00 o’clock.

Speaker 1: (02:15)
And again, that is by state law. All 67 counties are not permitted to swear in their Election Board Members until three days after the election. So first thing tomorrow morning, the election board will be sworn in to look at those 6,800 ballots. They will be viewed by the public, by the poll watchers, by all parties who will be there to look at those ballots as the return board begins to process those ballots, so that is where we are right now. We want to make sure that every vote is counted. Oh let me give you one other group of votes, two other groups of votes. They have not begun to organize the postmarked before election day ballots. I think yesterday there were maybe 500 or so that came in, in the mail. I don’t know that they’ve looked at the mail today to see how many have come in today. There are also provisional ballots that people were casting at the 1,323 polling places as they voted on election day.

Speaker 1: (03:21)
These would have been ballots that would be somebody who applied in the mail and maybe didn’t get their mail ballot, or for whatever reason showed up and voted provisional. In the spring primary, we had about 5,000 provisional ballots that were cast. I estimate there could easily be double that or more so you could have between 10 and 15,000, but we just don’t know. They’ll start opening those boxes, the 1,323 boxes that the Judges of Elections brought back to the warehouse. Today what our workers are doing is they’re preparing for tomorrow, organizing the tables, moving things around, bringing things from the warehouse over to the County Office Building where this process will begin to take place.

Speaker 1: (04:07)
So they’re organizing, they’re working. There’s no day off for the workers in the election board. In fact, Dave [Voie 00:04:15], the director, I actually dragged him over here today. He’s probably got to get back over there and get back to work. Dave has done a great job, but also our County Solicitor, who you’ve probably been dealing with as well was over at the warehouse. Amy Downs, our communication director and all members of the County Election Department and staff have been working on this and will continue to work on it. With that, let me open it up to any questions you might have.

Speaker 1: (04:55)
They will probably be set aside and then they’ll start to open those up and process those, I don’t have any answer for you on that.

Speaker 1: (05:41)
There’s no way of knowing that, my guess is it’s not a very high percentage, I’m guessing most of those would be counted, but I can’t say that until the return board starts to go through them ballot by ballot.

Speaker 3: (05:51)
I’d like to confirm, I know that there about 29,000 that had to be reissued, but that 29,000, that’s assuming that all of those voters actually returned their ballot because the total number was lower than that, correct?

Speaker 1: (06:12)
The state law requires that three days after the election not beforehand, that the Boards of Elections in all 67 counties have a three member Board of Elections, they will all be swearing in their Return Boards tomorrow at some point, we’re doing it at 9 o’clock and then they’ll begin that process. That’s a very public process in which the poll workers from all parties can view how the ballots are opened, how the ballots are viewed, et cetera, et cetera. Yes?

Speaker 3: (06:40)
And is that happening at the County building or at the warehouse?

Speaker 1: (06:42)
That will be happening over at the County Office Building.

Speaker 1: (06:47)
Oh, I’m sorry. The warehouse. I guess it’s too big. We normally do it there, but maybe because of the volume we’re doing it at the warehouse.

Mr. Shing: (06:53)
The individual board members that have been sworn in, do they make that decision whether it’s valid or not?

Andy Zeffy: (07:21)
Any category? So they go through the review process under Act 77, the mail-in. Ultimately we’ve had the Manager of Elections look at every one of them. We probably will elevate them to the Election Board Process, but it’s still Dave’s final call in terms of what the sufficiency of the envelope is. Was it naked? Was it not signed the categories that might disqualify a ballot.

Speaker 2: (07:43)
Can you provide an estimated timeline of how long this process will take?

Speaker 1: (07:49)
No. It’s because there may be disputes, there may be time that goes through it and they’ll do it as expeditiously as they can. What I will say is Allegheny County probably processed them faster than just about anybody, I’m proud of the fact that they did, certainly in the spring we did and even during the other night doing the 300,000 that got finished last night. They’ll work as fast as they can and as accurately as they can. We want to make sure it’s an accurate count.

Speaker 1: (08:27)
We actually haven’t had a dispute here. They’ve been viewing the process and it’s gone very collaboratively. I think you could ask all parties. They’ve viewed this whole process from the very beginning and we haven’t had really many issues with that.

Speaker 1: (08:46)
Well, I think at this point, they’re probably going to throw a lot of things at the States remaining, and I’ll let the courts fight that out. Our goal is to make sure that every single vote is counted, every single vote that somebody has cast and there a registered voter and the vote was done right, that we’re going to process it and that’s what Dave and the department continue to do.

Mr. Shing: (09:09)
So every one of the 29,000 that’s being reviewed even if it was done correctly or incorrectly they’ve been segregated and are being reviewed, is that correct?

Speaker 1: (09:25)
Federal court order said we could not begin processing those ballots until …

Mr. Shing: (09:48)
And you say Dave Voie has already looked at the negative ballots? He’s already reviewed them?

David Voie: (10:01)
I’m David Voie, division manager of County Elections. As part of our pre-canvas, when we extracted the secrecy envelopes from the declaration envelopes, if there was not a secrecy envelope, they were all held aside and we visually looked at those yesterday.

David Voie: (10:21)
They are all segregated and locked up at our warehouse.

Mr. Shing: (10:23)
Did you make the decision on those things, whether they were valid or not?

David Voie: (10:27)
We segregate them, but we will make our final decision during the Return Board.

David Voie: (10:41)
Like I said, we segregated them during the canvas and we will present those to the Board and we will make our final decisions after we’re sworn into the Return Board.

Speaker 1: (10:52)
And one thing I wanted to clarify, and then we’ll wrap it up, but no election is final until the Boards of Elections, all 67 in the Commonwealth of Pennsylvania sign the certification. It normally takes about two to three weeks after election day. That’s the work that the election departments do, that’s the work the Return Boards do and they’re continuing that process. This is a normal process that happens during every election, every year. So as we begin this process, again, that’s things that they’ve done, that’s what they’ll continue to do and we’ll get you any answers as they go through this process.

Speaker 1: (11:55)
There are employees. There could be 40, 50, 80 of them that are over there doing that. They will be sworn in tomorrow and they’re the official Return Board.

Speaker 1: (12:32)
I can’t answer that Andy, they’ll start counting at 5 o’clock tomorrow, those 29,000 and then at 9 o’clock tomorrow, they’ll begin looking at those other 6,800 and then they’ll process. And then next week, or maybe, I don’t know when the provisional start to get looked at either later tomorrow or early next week, so that’ll be the process. Thank you guys, appreciate it.