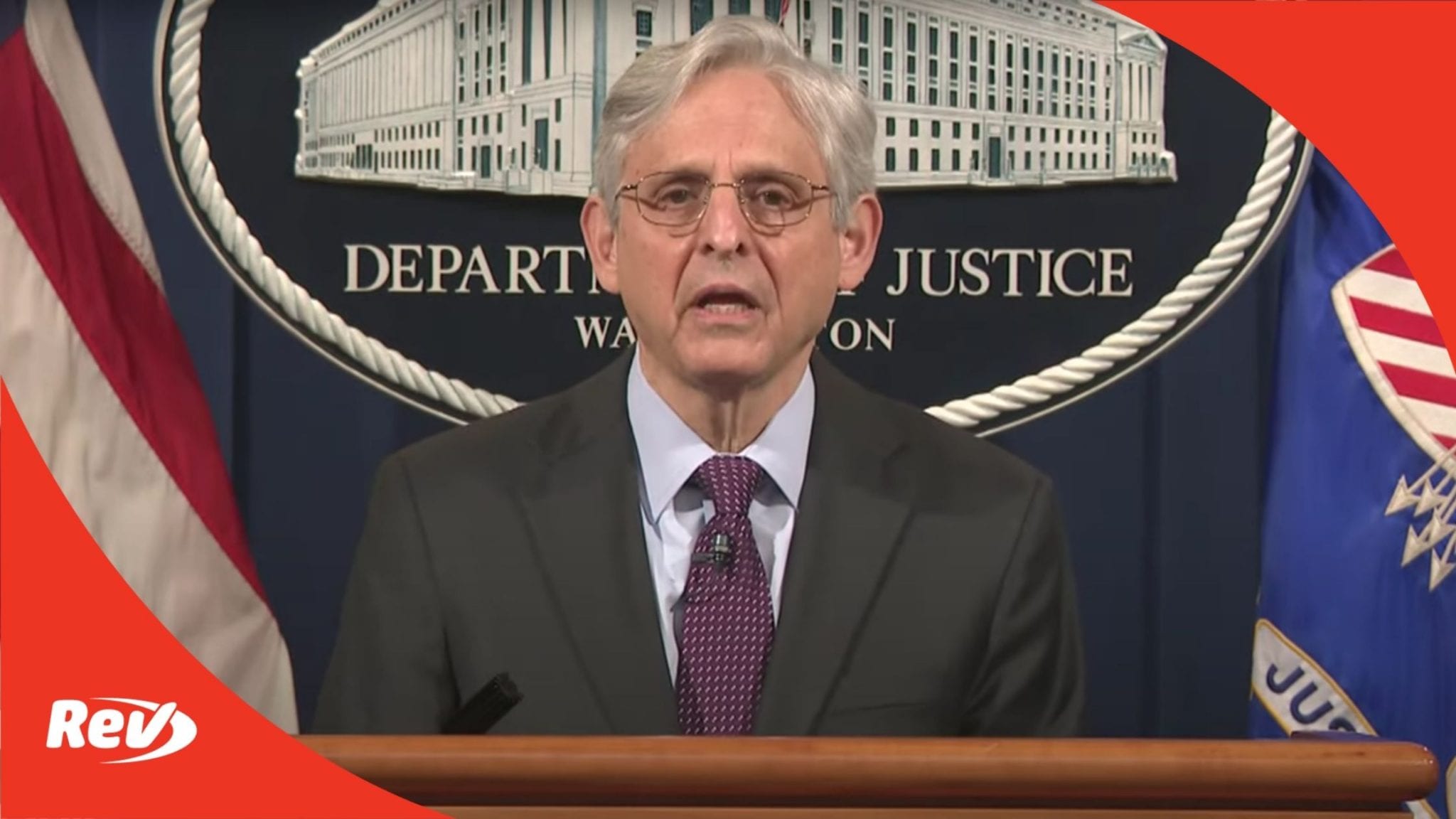 Merrick Garland : (00:00)
Good afternoon. I’m joined today by our recently confirmed Deputy Attorney General, Lisa Monaco, and our recently confirmed Associate Attorney General, Vanita Gupta. They are leaders of great ability and integrity, and I am very happy that they have returned to serve again at the Justice Department. The Department is stronger for their presence. The United States Department of Justice is a federal law enforcement agency comprised of thousands of law enforcement officers who collaborate with and support our colleagues throughout our nation’s police departments. We are uniquely aware of the challenges faced by those who serve as police officers. We see their commitment firsthand every day, and we recognize the complex issues that make their already difficult jobs even harder. The Justice Department is also charged with ensuring that the constitutional and federal statutory rights of all people are protected. As I explained last week, Congress has authorized the department to conduct pattern or practice investigations to help it fulfill that responsibility. Those investigations and the recommendations and actions that ensue do not only protect individuals civil rights.

Merrick Garland : (01:25)
They also assist police departments in developing measures to increase transparency and accountability. Those qualities are necessary to building trust between law enforcement and the communities they serve, and community trust is essential to making policing more effective and less dangerous for officers on the street. Today, the Justice Department is opening a civil investigation into the Louisville Jefferson County Metro Government and the Louisville Metro Police Department to determine whether LMPD engages in a pattern or practice of violations of the Constitution or federal law. Today’s announcement is based on an extensive review of publicly available information about LMPD conducted by the Justice Department Civil Rights Division. The investigation will assess whether LMPD engages in a pattern or practice of using unreasonable force, including with respect to people involved in peaceful, expressive activities. It will determine whether LMPD engages in unconstitutional stops, searches, and seizures, as well as whether the department unlawfully executes search warrants on private homes.

Merrick Garland : (02:54)
It will also assess whether LMPD engages in discriminatory conduct on the basis of race or fails to provide public services that comply with the Americans With Disability Act. The investigation will include a comprehensive review of the Louisville police department’s policies and training. It will also assess the effectiveness of LMPD supervision of officers and systems of accountability. As in every Justice Department investigation, we will follow the facts and the law wherever they lead. If there is reasonable cause to believe that there is a pattern or practice of constitutional or statutory violations, we will issue a public report of our conclusions. If violations are found, the Justice Department will aim to work with the city and police department to arrive at a set of mutually agreeable steps that they can take to correct and prevent unlawful patterns or practices. If an agreement cannot be reached, the Justice Department has the authority to bring a civil lawsuit, seeking injunctive relief to address the violations.

Merrick Garland : (04:07)
The investigation will be led by our Civil Rights Division and will be conducted by career staff of the division and the US Attorney’s Office for the Western District of Kentucky. The investigators will seek input from every corner of Louisville. They will work with the community, with public officials and with law enforcement officers. All of these steps will be taken with one goal in mind, to ensure that policing policies and practices are constitutional and lawful. That is the same goal as that of our investigation in Minneapolis and of every pattern or practice investigation that the Department undertakes. When we announced the investigation of the Minneapolis Police Department last week, we received an immediate pledge of support from Minneapolis Mayor Frye and MPD Chief Arradondo. We have briefed Louisville Mayor Fisher and LMPD Chief Shields on our investigation in Louisville. They too have pledged their support and cooperation. Louisville has already taken some steps towards reform through its settlement with the family of Breonna Taylor, as well as through other measures.

Merrick Garland : (05:29)
We commend those measures and our investigation will take them into account. It is clear that the public officials in Minneapolis and Louisville, including those in law enforcement, recognize the importance and urgency of our efforts. We come to them as partners, knowing that we share a common aim. There are approximately 18,000 federal, state and local law enforcement agencies in our country. In each one, dedicated officers put themselves in harm’s way to protect others. Promoting public trust between communities and law enforcement is essential to making both communities and policing safer. Our enforcement efforts, as well as our grant making and other support, will contribute to achieving that end and to protecting the civil rights of everyone in our country. Thank you.