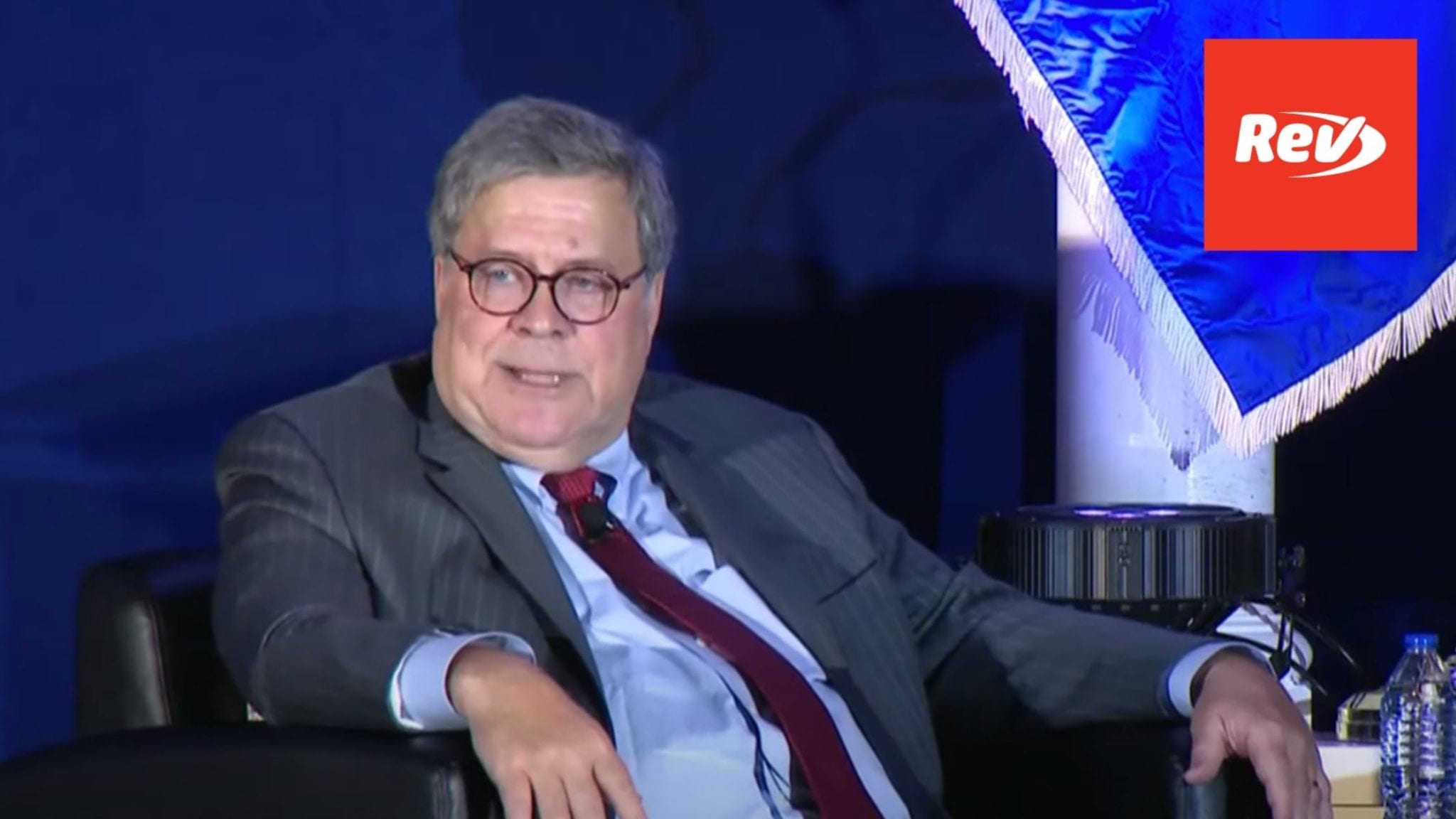 William Barr: (00:35)
Other than slavery, which was a different kind of restraint, this is the greatest intrusion on civil liberties in American history.

William Barr: (00:48)
A person in the white coat is not the grand seer who can come up with the right decision for society. A free people makes its decision through its elected representative.

William Barr: (01:06)
…proposition who can quarrel with the proposition Black Lives Matter, but they’re not interested in Black lives. They’re interested in props, a small number of Blacks who were killed by police during conflict with police … usually less than a dozen a year, who they can use as props to achieve a much broader political agenda.

William Barr: (01:45)
Our prosecutors have all too often inserted themselves into the political process based on the flimsiest of legal theories.

William Barr: (02:05)
Letting the most junior members set the agenda might be a good philosophy for a Montessori preschool, but it is no way to run a federal agency.

William Barr: (02:19)
What do you mean by interfere? Under the law, the law prosecutorial power is vested in the Attorney General, and these people are agents of the Attorney General. And as I say to FBI agents, whose agent do you think you are? I don’t say this in a pompous way, but that is the chain of authority and legitimacy in the Department of Justice.