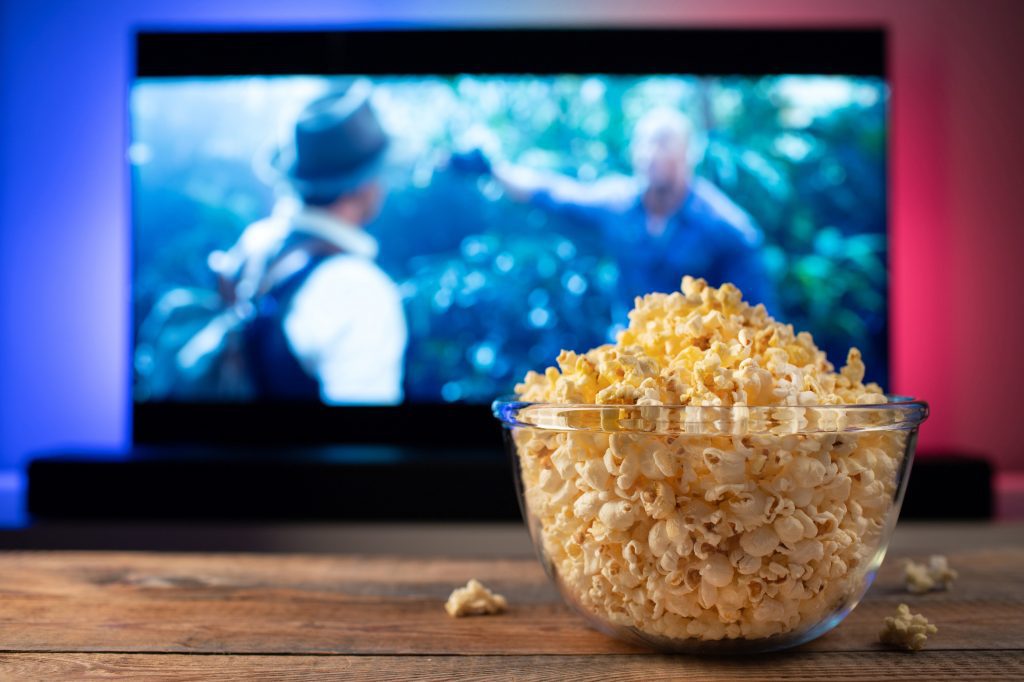 The way we watch films has changed dramatically in recent years. Driven by on-demand streaming services, the pandemic has also disrupted the industry in unprecedented ways. However, some people have been too fast to discard the cinema as a relic of the past.

Today’s myriad of virtual platforms means audiences can catch the latest blockbuster in the comfort of their home. Yet the cinema-going experience remains unmatched, with massive screens and booming surround sound delivering immersion like nothing else. So, how has the film industry responded?

Alamo Drafthouse has embraced a hybrid model due to its accessibility benefits. Audiences can now watch new releases in theaters or via its Alamo On Demand platform. Meanwhile, the company’s annual Fantastic Fest has adopted the same approach, meaning audiences and filmmakers can attend in person or over the internet.

In a recent chat with Rev, Fantastic Fest 2022 festival director Lisa Dreyer explains: “I think a lot of us at first were like, ‘Can we even do this? Should we even do this?’. But then once we actually did virtual and hybrid, we realized: wow, there are so many people who want to attend the Fantastic Fest who have never gotten a chance.”

Now, don’t think you must choose between an in-person film festival premiere or on-demand streaming. Here, we explore how maximizing accessibility supports your audience and captures attention for your next production.

Theaters are great for people with no accessibility issues. Unfortunately, people who experience visual, auditory, and physical disabilities find it difficult to get the same enjoyment. Supported by the rise of streaming platforms, building accessibility into your content distribution plan ensures everyone feels acknowledged.

You’ve probably dreamt about having your movie shown on the silver screen. However, as we learn more about how online streaming services improve accessibility, your content distribution plan should aim to support as many people as possible.

The ideal way to reach viewers with accessibility issues is by having your work also distributed to video-on-demand platforms. Alongside creating captions, transcriptions, and audio descriptions, these thoughtful decisions ensure blind, deaf, low vision, and hard-of-hearing people experience the fewest obstacles.

“[W]e want everyone to join the Fantastic Fest family. So with virtual, it’s just another way to be really accessible and have more and more people join our family and enjoy all these amazing films,” says Dreyer.

As theaters have reopened internationally, many people have rushed back to see the next blockbuster on the big screen. Yet comparing global ticket sales to a pre-pandemic world reveals that things haven’t quite returned to normal – and perhaps never will.

The Motion Picture Association’s annual THEME report found that worldwide cinema ticket sales reached $21.3 billion in 2021 – a worrying 50% drop against 2019’s $42.3 billion. But people aren’t watching fewer films; they’re just deciding to stay at home when they do so.

According to the same report, 179 original films were exclusive to online streaming in 2021 compared to 93 in 2013. This impressive growth shows the reach and accessibility of streaming platforms, with many production companies opting for a digital-first approach.

“[W]e’re actually hearing from filmmakers who participated in the hybrid [festival] that that’s how their films got picked up for distribution,” says Dreyer. “[I]t’s a lot easier for people in the industry to do a virtual film festival. You can cover tons of films, and a filmmaker can really get their film out there to a much broader audience.”

Boost Promotion with a Dual Release

Promoting your film as available online and in theaters is the ideal approach for filmmakers looking to reach the broadest potential audience. Why? The moviegoing audience has changed since the pandemic. Now, people avoid enclosed spaces and find better value in their home setup.

A recent CivicScience study revealed that 56% of people would prefer to watch a movie at home, even if it’s released in theaters at the same time. Meanwhile, this percentage increases with the respondent’s age, suggesting people remain cautious about returning to the theater due to health risks.

By making viewers aware they can stream your film online, you give your production the best chance of success. The streaming revolution has enabled film lovers irrespective of their physical location. Ensuring your film is also available virtually complements your film’s promotion and increases access.

“[I]f you also provide an amazing virtual experience, then that’s something people can also enjoy year-round,” says Dreyer. “ So it’s like people can come to Fantastic Fest, and then all year round we have tons of our past movies on Alamo on Demand. So you can just keep the festival going. ”