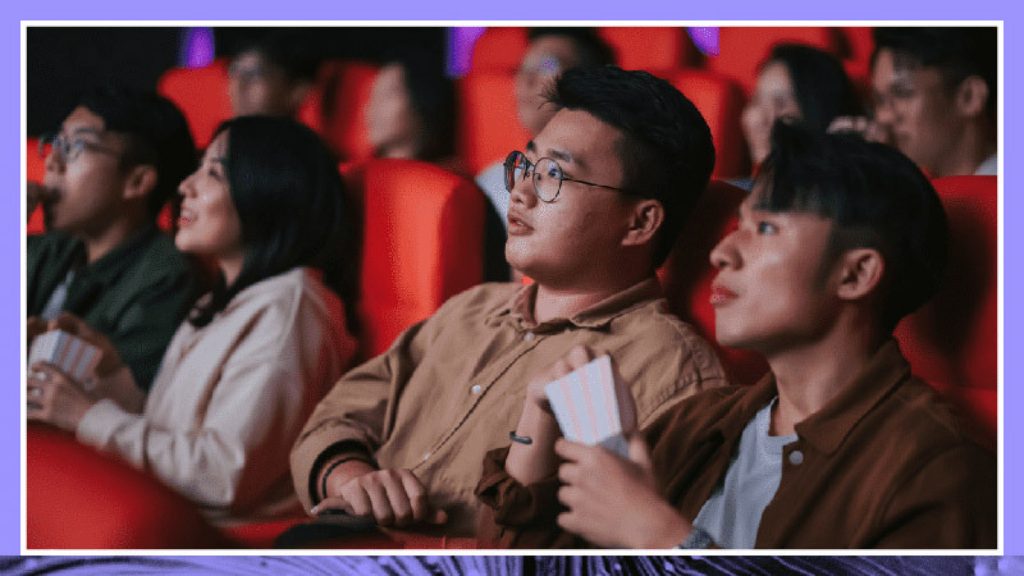 Film is supposed to be for everyone – but not everybody can access it equally. What’s odd is that it took a global pandemic to bring this issue into the open. But as with so many lockdown phenomena, some of the positive new habits formed look set to become standard procedure.

“With our shift into taking Fantastic Fest into a virtual festival for 2020, and then a hybrid festival for 2021, we opened the flood gates,” says Ahbra Perry, director of Alamo on Demand. “And we wanted to make it accessible to all different types of groups. It didn’t matter where you were in the country or what means you had. We wanted to make the ticket affordable and be able to share these amazing films and these new filmmakers, new talent, with everyone.”

The switch to virtual in the festival sphere encapsulates what a lot of film professionals are going through as they work to make their films accessible, whether online or otherwise. And seasoned media veterans across film sectors are expanding the limits in their own skillset. For Perry, this meant learning how silent films need to be captioned – an issue that arose when Alamo commissioned new music compositions for a series of classic film screenings.

For Alamo on Demand’s director Ahbra Perry, “And how do you close caption a silent film? I don’t know, but you guys [at Rev] seem to know, and it made it really easy for us. And who knew that we needed to have something that popped up on the screen that said, ‘Moody music here,’” said Perry, talking at Accessibility in Film: a fireside chat between Alamo Drafthouse, Fantastic Fest, and Rev.com – who provide captions for Fantastic Fest’s online edition.

How Do You Make Content Accessible to All Viewers?

Lisa Dreyer spoke at the fireside as the Director of Fantastic Fest. For Dreyer, taking the festival online began as a way to make the 2020 festival happen. But it served as a happy wake-up call on how streaming is a big part of making films available to all.

“We started hearing from all these people who were like, ‘Oh, I’ve never been able to come because my disability has maybe made me wary of going into a theatre,’” says Dreyer. “And that just really made us want to serve that audience directly. Then in 2021, when we started working again on the festival, you guys [Rev.com] were super helpful when you provided captions because a lot of our filmmakers are lower budget filmmakers, first-time filmmakers But Rev was just super easy, super affordable. We just heard great feedback from people who are able to access the films that wouldn’t have been able to before.”

So, just putting content online improves accessibility. But film event organizers should coordinate with filmmakers to ensure captions or foreign language subtitles are available at a minimum. That includes live captioning for seminar events. Transcripts are super-helpful to attendees after a live event–especially those with particular disabilities or who were unable to attend for family or budgetary reasons.

It can be tempting to do all this in-house, but this can be a false economy. It is worth considering a professional captioning service such as Rev to do the work faster and with greater accuracy.

How Can Filmmakers Build in Film Accessibility from Early in the Process?

While some events support filmmakers with captioning, accessibility begins with the filmmaker. Producers have been hesitant to put films online for fear of piracy or losing premiere status, among other concerns. But filmmakers are discovering that the time is ripe to overcome these concerns.

“We’re actually hearing from filmmakers who participated in the hybrid version [of Fantastic Fest] that that’s how their films got picked up for distribution,” says Lisa Dreyer, “because it’s a lot easier for people in the industry to do a virtual film festival, you can cover tons of films, and a filmmaker can really get their film out there to a much broader audience.”

Accepting that your film will require and even benefit from online coverage allows the filmmaker to plan and budget. Steps to consider include:

From a creative point of view, a film without an accessibility strategy doesn’t just limit the potential audience. It also impairs the film experience for many people who do get to see it.

What Are the Best Strategies for Hybrid Distribution Going Forward?

The major studios appear to be doubling down on the dollar and returning to theater-first releases. But independent filmmakers with a niche audience will continue to capitalize on hybrid distribution. The internet is where audiences find extraordinary work that might not come to their town (or their critic’s column). It is also where directors and festivals with the luxury of independence can prioritize accessibility without unnerving the shareholders.

It’s an exciting time to be an ideas person in the movie industry. The potential for expanded experiences and extended marketing with a hybrid release is unlimited. When your picture is online, the conversation with the audience need not end. Convert views into support for your next project. Collect zip codes and organize live events in cities that respond to your film online. Develop your website as an artistic project. Be playful with the relationship between online and theatrical experiences of your movie.

Most of all, reach out to audiences you have never connected with before.

“I think there’s so many benefits to playing virtual, but the huge one is accessibility,” concludes Lia Dreyer. “And it’s an equity issue. And I think if you frame it like that it’s just a really powerful way to encourage filmmakers to say, ‘Hey, do you only want your film to be available to a certain group of people and exclude a certain group of people? Or do you want to welcome everyone to see your film?’”