Joe Manchin Says “No Negotiation” on Build Back Better Transcript 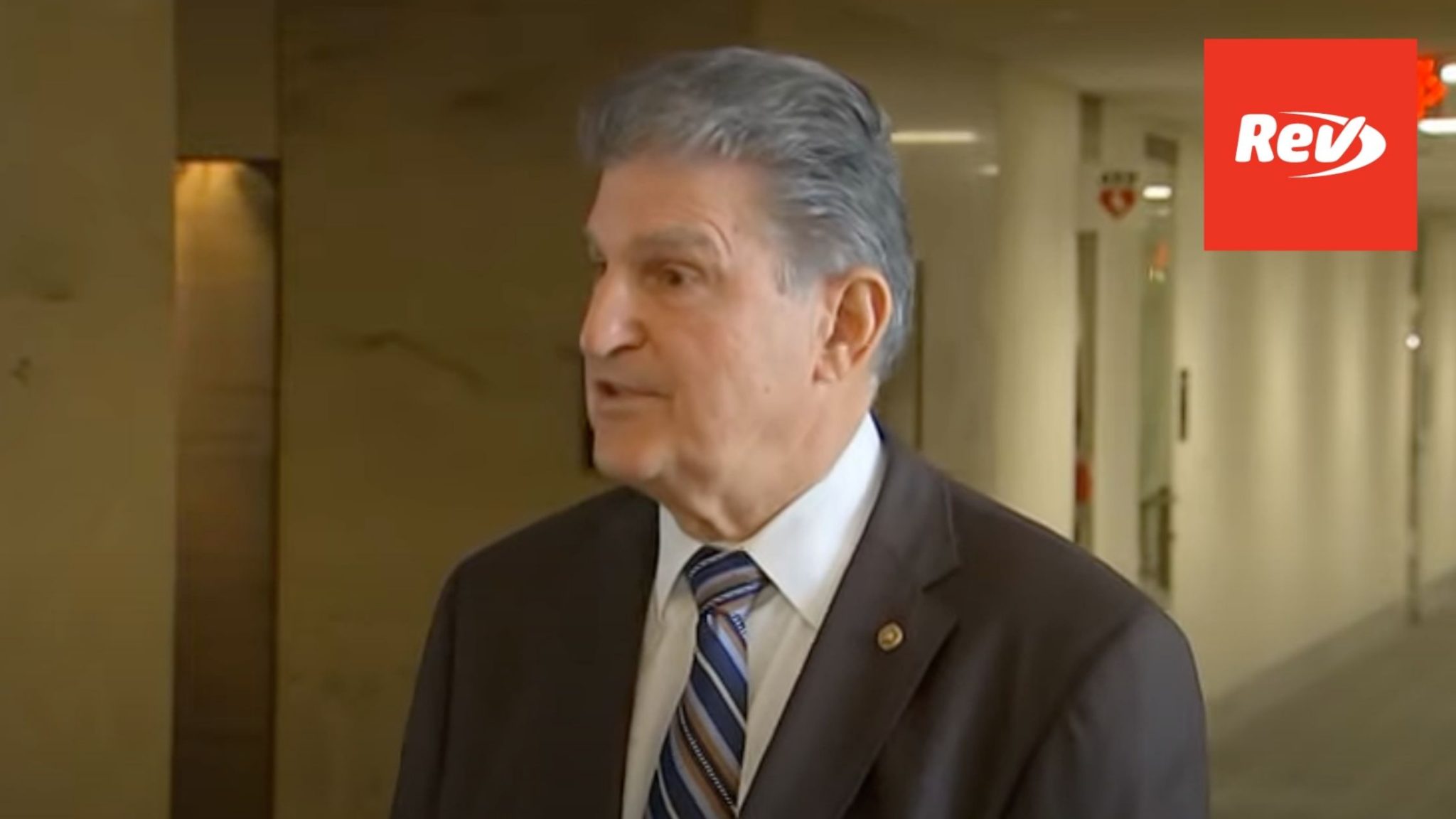 Senator Joe Manchin said there are “no negotiations” about the Build Back Better plan. Read the transcript of his remarks to the press here.

Speaker 1: (00:00)
…on BBB and what your conversations have been with the White House?

Joe Manchin: (00:03)
There’s been no conversations after I made my statement. I think it’s basically… And I was very clear. I feel as strongly today as I did then that the unknown with the COVID, here we are. We can’t even go… I’ve got a 95 and 95. We all, I see all of you do. And so there’s different concerns that we have right now that we haven’t had for a while. So that’s a concern. Inflation’s still a concern. It’s still over 6%. And the geopolitical unrest that we have. And I think the president’s been doing [inaudible 00:00:35] job, trying to talk to Putin and calm things down, to let him know where we are. So these are all challenges, guys, and this is all expensive challenges. So, that’s where, Jake, on that we have… There’s been no conversation.

Speaker 1: (00:48)
Aslander on BBB, on the child tax credit. Are you a hard no on ensuring that, on supporting the…

Joe Manchin: (01:48)
You know, I’ve never turned down talks with anybody. I really haven’t. I just made my… I was very clear on where I stand, and I thought it was time to do that, rather than just continue on and on as we have for five and a half months. I didn’t change from the first day when I talked to leader Schumer humor on that. And everyone’s been working, I think, in the best good faith they possibly can. I’ve just had a very difficult time in understanding where we are and where our country in, and the concerns I have.

Speaker 5: (02:19)
So, for a child tax credit, does it have to have some sort of a work requirement for you to be able to support the broader Build Back Better package?

Joe Manchin: (02:28)
I mean, I’ve looked at, talked about all different issues on Build Back Better, but the bottom line that you’re talking about, the child tax credit, if you have a credit, that means you’ve had to earn, have earnings. Okay? And to have earnings, you can’t do that until you decide if you have any liabilities. And if you have liabilities, you have an offset of a credit. The child tax credit, I understand, we’re still in place until 2025, the $2,000. So people think that it’s all gone by the wayside. That hasn’t happened.

Speaker 5: (03:00)
And how flexible is the White House on your views on the child tax credit?

Joe Manchin: (03:21)
Well, I mean, we’ll have to see what their desires are and what their priorities right now. They feel very strongly about that, and I respect that. I just had a difference of opinion. And we don’t have… You know, to do some of the things that’s been proposed takes more of a majority than what we have. We have no majority. We’re 50-50 with one being the vice president making the deciding vote. And I think we have to take that in consideration. Our caucus is pretty… It goes from one end of the spectrum to the other. And I’m sure they understand that.

Speaker 7: (04:00)
The Electoral Count Act, is that something that you’ve been talking to Republicans about? And would you support Build Back Better if child tax credit was not included?

Joe Manchin: (04:13)
I’m really not going to talk about Build Back Better anymore because I think I’ve been very clear on that. There is no negotiations going on at this time. Okay? And there’s an awful lot of things that had a lot of… A lot of things that were very, I think, well intended. And there was a lot of things that was a pretty far reach on some things. And the most delicate times that we have right now and our country’s divided, and I don’t intend to do anything that divides our country anymore. So, whatever I can do to unite and bring people together… And that means you have to work harder as you work across the aisle to bring people together.

Speaker 8: (04:49)
What is your comfort level with the climate provisions in Build Back Better?

Joe Manchin: (04:53)
There’s a lot of good things in that. I mean, I’ve always said know, we had a lot of money in there for innovation, technology, tax credits for basically clean technologies and clean environment. And I think we have to continue to be realistic also. We have to have enough energy to run our country and we have to have a transition as it happens, as we move from a fossil dependency to more of a cleaner… Do you do that by using fossils in cleaner ways? You should be able to. And you do it by creating new technologies that are the renewables that we have, as far as wind and solar and hydro and all the different things. Hydrogen, I’ve been big on hydrogen. I’m big on nuclear. Okay? And I’m really big on basically making sure fossils are used in the cleanest possible fashion. And in America we do it better than most other countries.

Speaker 8: (05:44)
So you would say you’re not as concerned as some of the other portions of Build Back Better?

Joe Manchin: (05:48)
I think that the climate thing is one that we probably can come to an agreement much easier than anything else.

Speaker 7: (05:55)
Senator, you’ve talked about geopolitical issues. Are you going to vote yes to impose sanctions on [inaudible 00:06:01] when that vote comes up before January 14th?

Joe Manchin: (06:04)
I haven’t even, I haven’t thought about that one there. I really haven’t. Anyway, I thank you all. Okay? Merry Christmas. Happy New Year. I’m going to put my mask back on.