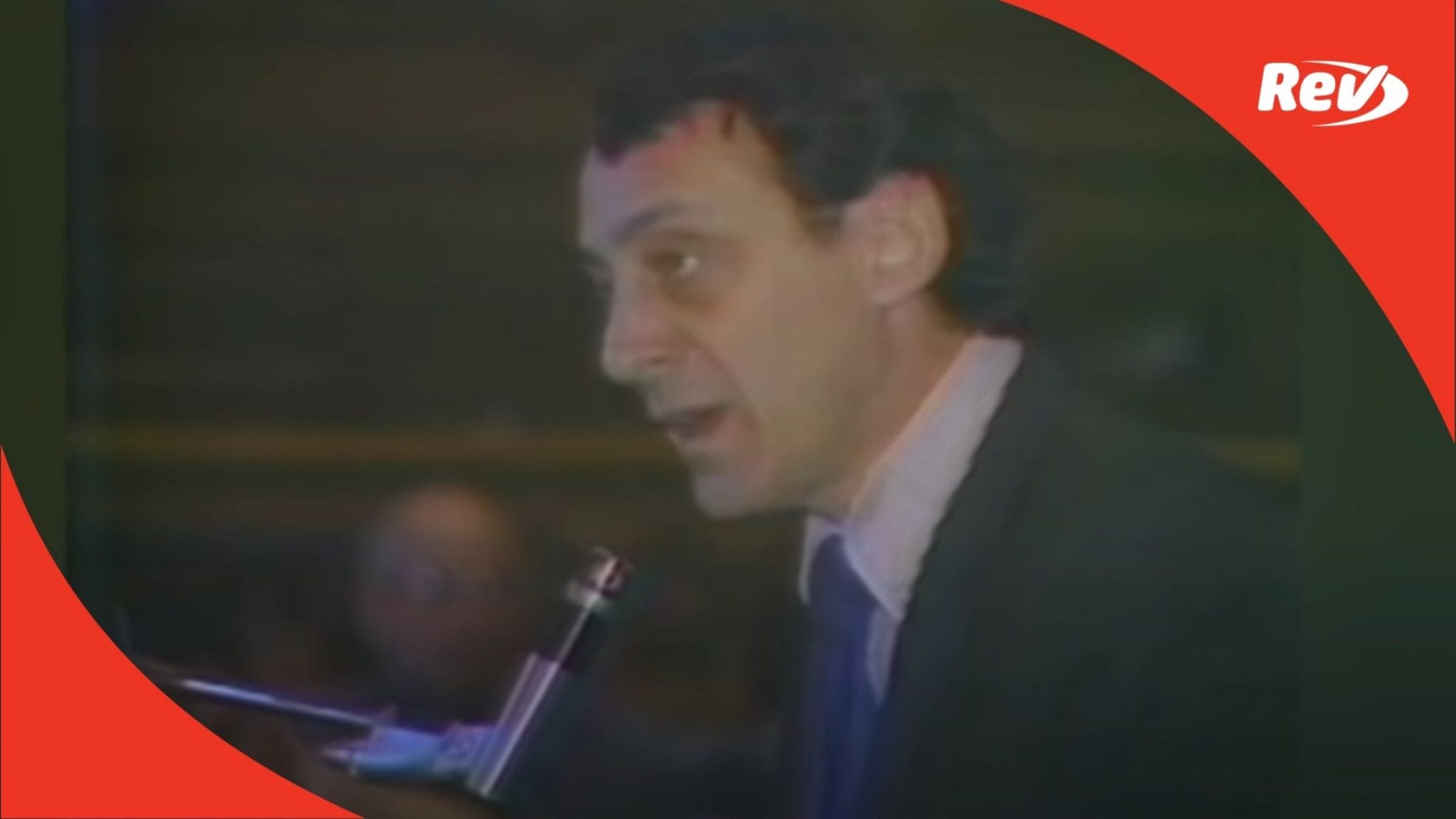 Harvey Milk’s “You cannot live on hope alone” speech on LGBTQ rights in 1978. Read the transcript of his speech here.

Harvey Milk: (00:04)
Somewhere in Des Moines or San Antonio, there’s a young gay person who all of a sudden realizes that she or he is gay. Knows that if the parents find out, they’ll be tossed out of the house. The classmates will taunt the child and the Anita Bryants and John Briggs’ are doing their bit on TV, and that child had several options. Staying in a closet, suicide, and then one day that child might open a paper, and it says “Homosexual elected in San Francisco,” and there are two new options.

Harvey Milk: (00:38)
An option is to go to California and stay in San Antonio and fight. Two days after I was elected, I got a phone call, and the voice was quite young. It was from Altoona, Pennsylvania, and the person said, “Thanks.” And you’ve got to elect gay people so that that young child and the thousands upon thousands like that child know that there’s hope for a better world. There’s hope for a better tomorrow. Without hope, not only gays, but those Blacks, and the Asians, and disabled, and seniors. The us’s. The us’s without hope, the us’s give up. I know that you cannot live on hope alone, but without it, life is not worth living. And you, and you, and you have got to give them hope. Thank you very much.