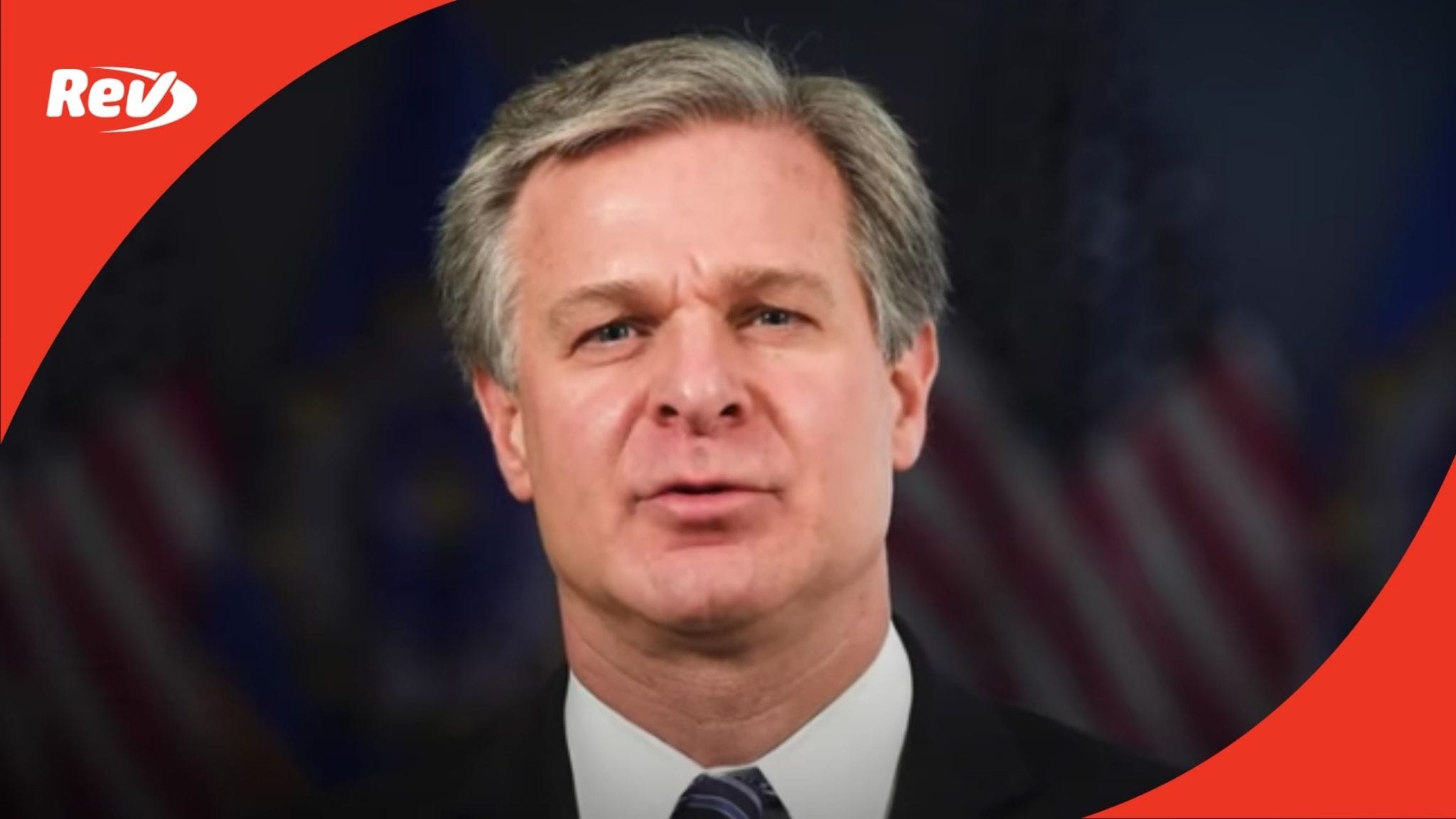 FBI Director Chris Wray and other FBI leaders released a message about election security on October 6. Read the transcript of their remarks here.

Chris Wray: (00:20)
We want to talk to you today about an issue of great importance to all Americans, the integrity and security of our 2020 election. Next month, we will exercise one of our most cherished rights and a foundation of our democracy, the right to vote in a free and fair election. Some Americans will go to the polls on November 3rd to cast their votes while others will be voting by mail. In fact, some have already begun to return their ballots. But no matter which method you choose, your voice is important. Rest assured that the security of the election and safeguarding your vote is and will continue to be one of our highest priorities.

Chris Wray: (01:08)
The FBI is the primary investigative agency responsible for malicious cyber activity against election infrastructure, maligned foreign influence operations, and election related crimes like voter fraud and voter suppression. We’re not going to tolerate foreign interference in our elections or criminal activity that threatens the sanctity of your vote or undermines public confidence in the outcome of the election. At the FBI, we’re working closely with our federal state and local partners to share information, bolster security, and identify and disrupt any threats. We’re also coordinating with the private sector, both technology and social media companies, to make sure that their platforms are not used by foreign adversaries to spread disinformation and propaganda. And we’re not letting our guard down. If we see indications of foreign interference or federal election crimes, we’ll aggressively investigate and work with our partners to take appropriate action, including seeking criminal charges where warranted. As always, the men and women of the FBI remained committed to protecting the American people, our democracy and the integrity of our elections.

Paul Nakasone: (02:34)
Hello, I’m General Paul M Nakasone, Commander of United States Cyber Command and director of the National Security Agency. Election security is a top ,enduring priority for the command and the agency. We’re working hard every day, contributing to the whole of government effort to safeguard elections. It’s important for you to know what the command and the agency bring to the fight each day to keep our nation safe from foreign adversaries.

Paul Nakasone: (03:01)
We generate insights, enable defenses, and, when authorized, impose costs on foreign adversaries. At Cyber Command, we plan and execute cyber operations to defend the nation. We work with foreign partners to hunt for malicious cyber actors and neutralize their capabilities. When we find foreign adversary malware, we work with our US government and international partners on attribution and mitigation. We don’t just stop there. We share our findings with the cybersecurity community to protect the broader public from these cyber threats.

Paul Nakasone: (03:36)
At the National Security Agency, we are both a member of the intelligence community and a part of the Department of Defense. We are the world leader in cryptology, the art and science of making and breaking codes. Our foreign signals intelligence mission generates deep insights into the highest priority foreign adversaries. We marry those insights with our renowned cybersecurity expertise. We protect sensitive networks and information, and we alert our federal government partners as well as the public, to potential vulnerabilities and mitigation measures. When you combine the insights and expertise of the world’s preeminent cryptologic agency with the capabilities of a military combatant command, you get a powerful united effort that helps defend our nation and secure the future.

Chris Krebs: (04:26)
Hi, I’m Chris Krebs, director of the Cybersecurity and Infrastructure Security Agency. There’s been a lot of talk about efforts to hack our elections over the last four years, and some of you might be wondering whether the 2020 elections will be secure. Well, I’m here today to tell you that my confidence in the security of your vote has never been higher. That’s because of an all of nation, unprecedented election security effort over the last several years. At CISA, we’re focused on securing our nation’s critical infrastructure and the essential services that underpin our society. And that pretty clearly includes election systems.

Chris Krebs: (05:03)
Since 2017, we’ve been working with state and local election officials, the folks that run our elections just for this moment. First, we pulled together the election community across all 50 states, the territories in DC, to work towards a common purpose of protecting 2020. Second, we helped make the election systems across the country as secure and resilient as possible. And third, we’ve worked to increase auditability of voting processes, including the vote itself. This year, more than 92% of votes cast will have a paper record. And that’s a great thing because election officials can check the receipts and make sure the count is right.

Chris Krebs: (05:44)
But you know what? Elections are going to look a little different this year. While this will change the way Americans vote, Americans will vote. And American voters will decide American elections. And you, as the American voter, are the last line of defense. We’re going to remain on the lookout for any threats and stand with our election partners to give them all the support they need at this critical time, but you can play a role too by being a prepared, participating, and patient voter. Prepared by having a voting plan, no matter how you’re voting. Participate by volunteering to be an election worker if you can. And be patient. Because of the changes due to COVID, on November 3rd, we might not know the outcome of our election. And that’s okay, but we’re going to need your patience until official results are announced.

Bill Evanina: (06:40)
Hello, I’m Bill Evanina, director of the National Counterintelligence And Security Center. As the leader of our nation’s counterintelligence efforts, there is no doubt adversaries are attempting to undermine our democracy and democratic values as we approach our elections. Foreign actors are spreading disinformation and attempting to sway voters by executing influence operations. They are using an array of cyber activities with the intent to gain access to our election infrastructure. They’re also attempting to collect derogatory personal information from candidates, campaigns, and prominent Americans. Despite these nefarious efforts, our election system remains resilient. To be clear, it would be very difficult for adversaries to interfere with or manipulate voting results at scale.

Bill Evanina: (07:38)
I can assure you the intelligence community is working around the clock, and around the world, safeguarding our elections. We continue to provide timely and actionable intelligence to the FBI and the Department of Homeland Security, and in turn, your election officials to combat these election threats. Our collective posture to neutralize and expose these activities is unprecedented, robust and unwavering. Securing our election requires a whole of society approach. Every American has a role to play, especially since the American voter is the primary target of these foreign influence and disinformation efforts. The women and men of the intelligence community will continue to be vigilant in protecting America, but we need your participation in this effort. As Americans, we are all in this together. I encourage you to stay informed and vote. By doing so, you’ll not only help protect our elections, but also send a clear message to our adversaries. We decide who our elected officials are. Thank you. 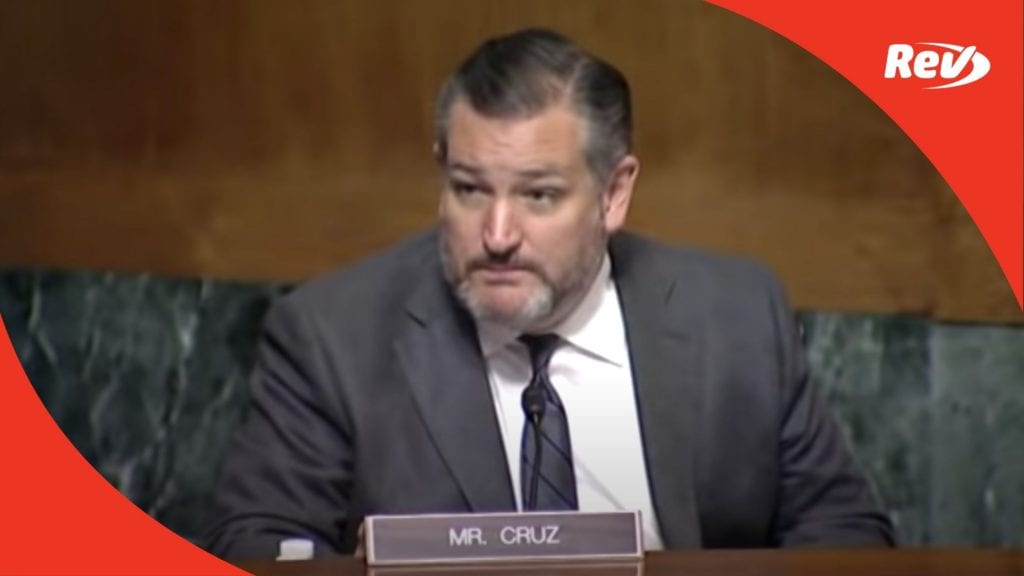 Ted Cruz Speech Transcript: Argues Some Children Should Have Access to Guns
• 1 year ago 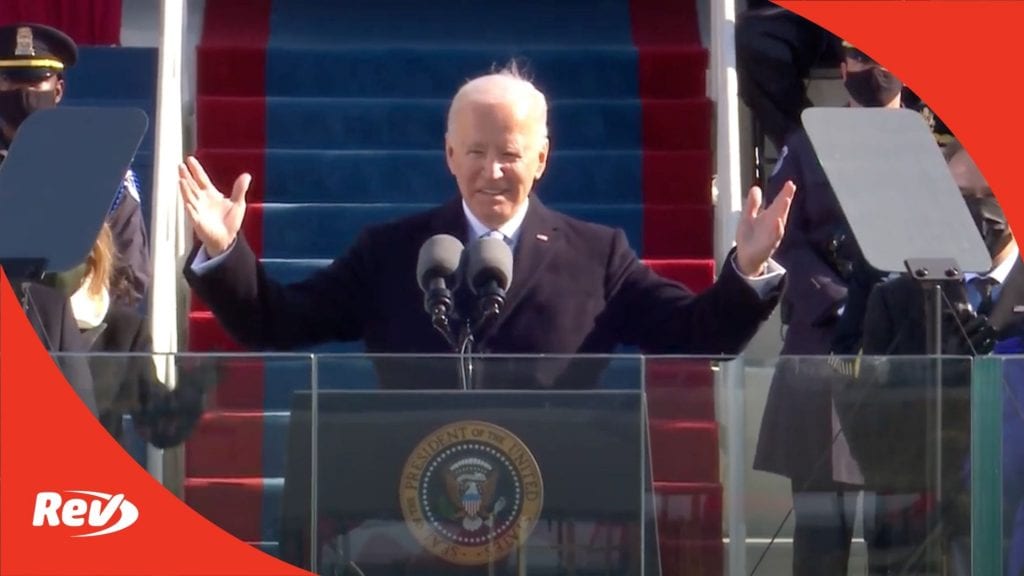 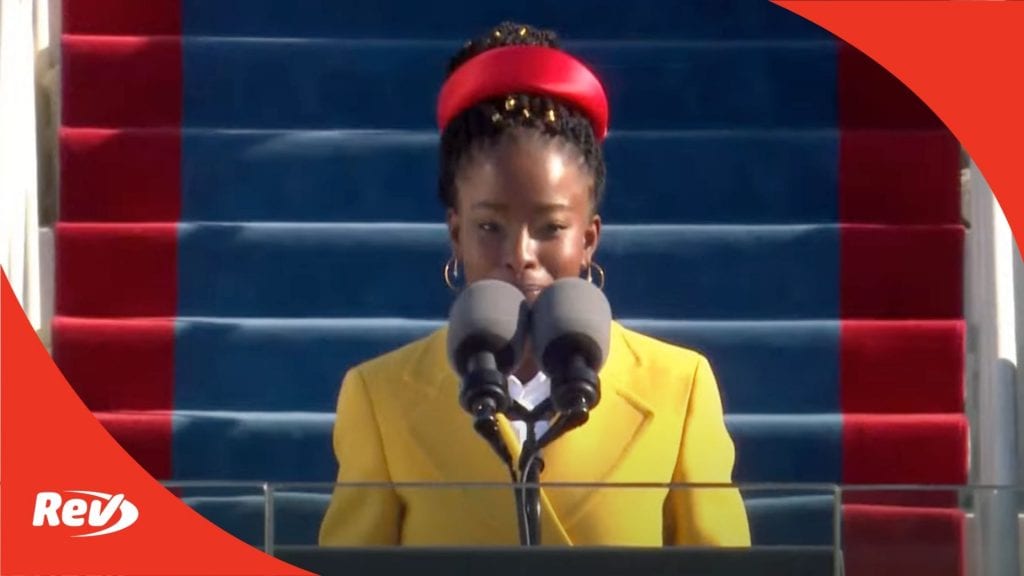 Amanda Gorman ‘The Hill We Climb’ Poem Transcript
• 2 years ago