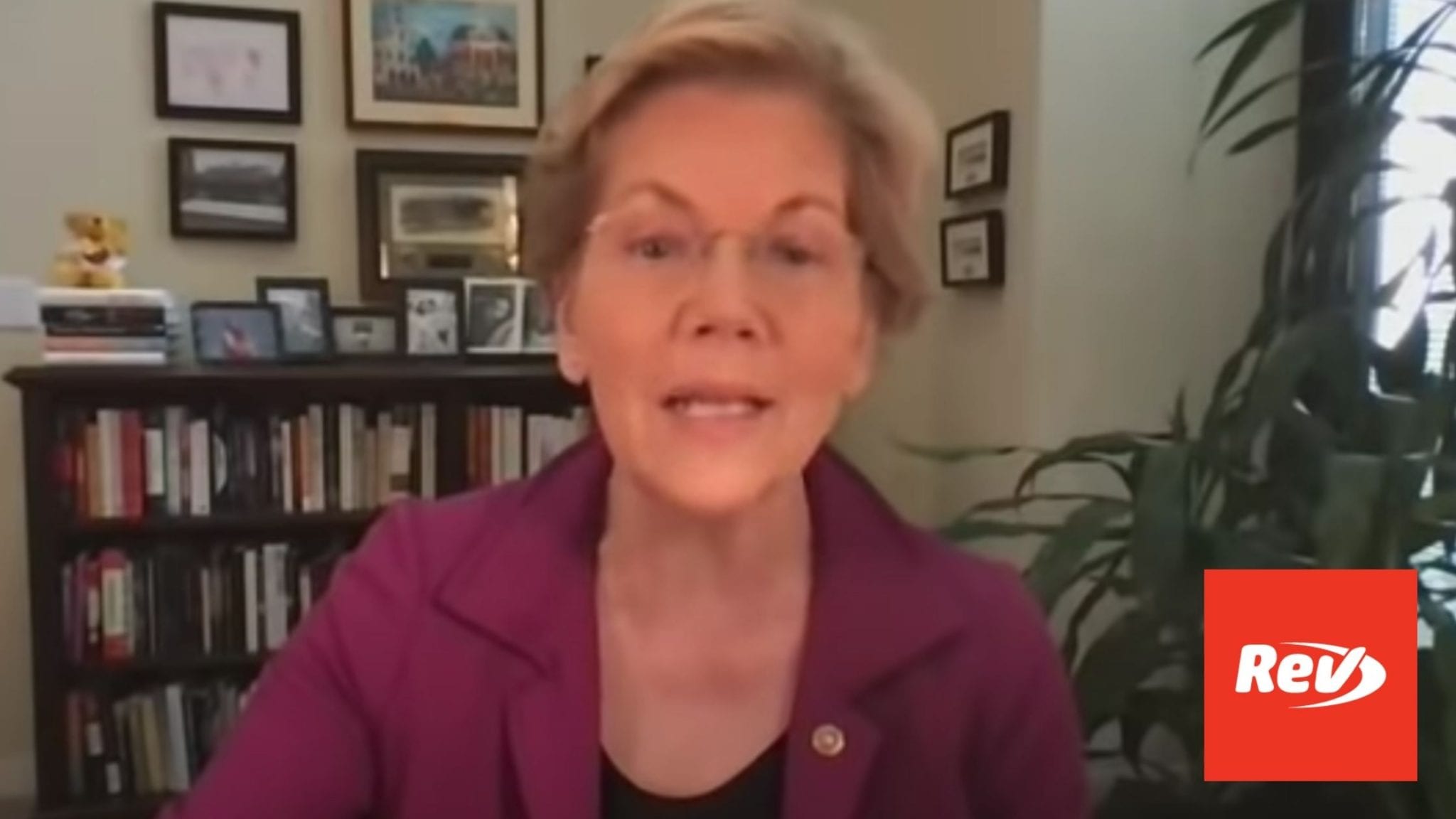 Senator Elizabeth Warren questioned JPMorgan Chase CEO Jamie Dimon on overdraft fees on May 26, 2021 during a congressional hearing. Read the transcript of the remarks here.

Elizabeth Warren: (00:01)
There we go. Thank you, Mr. Chairman. As the pandemic swept across our nation, bank regulators worried about the health of our biggest banks. So the regulators were generous, they gave the banks all kinds of help. They delayed compliance for important regulations. They relaxed standards. They even allowed banks to avoid paying overdraft fees, if their accounts at the Federal Reserve had a negative balance. Now, when asked why they were being so generous to the banks, the regulators explained that the banks would, in turn, help their customers. So how exactly did that work out?

Elizabeth Warren: (00:37)
At the start of the pandemic, bank regulators issued joint guidance that recommended that banks waive overdraft fees for their own customers. In other words, if someone was laid off, for example, and bounced a check, the regulators recommended that the bank automatically waive the fees and let people get caught up without paying $35 every time they stumbled. The same way the bank could do at the Fed, if it overdrew. Let me ask the CEOs of the four banks, Citibank, Bank of America, Chase, and Wells Fargo, the four banks that collectively manage tens of millions of checking accounts for customers. While you automatically, and at no cost, got complete protection from overdraft fees at the Federal Reserve, could you please raise your hand if you gave the same automatic protection to your customers and automatically waived all of their overdraft fees?

Elizabeth Warren: (01:35)
Okay. I’m not seeing anyone raise a hand, and that’s because none of you gave the same help to your customers that the bank regulators extended to you, help that the bank regulators recommended that you give. So let me focus in on this just a little bit here. Let me start with you, if I can, and ask the question about whether or not any of you, you didn’t automatically waive, I just want to take this on down. So let’s take a look at who actually paid these fees. According to Pew Charitable Trusts, it’s disproportionately working people making less than $50,000 a year. African-Americans, Hispanics, people who are struggling to get by. And how much did they pay an overdraft fees? They paid a combined $4 billion. So let me start with you, Mr. Dimon. You’re the star of the overdraft show. Your bank, JP Morgan, collects more than seven times as much money in overdraft fees per account than your competitors. So Mr. Dimon, how much did JP Morgan collect in overdraft fees from their consumers in 2020?

Jamie Dimon: (03:05)
Well, I think your numbers are totally inaccurate, but we’ll have to sit down privately and go through that.

Elizabeth Warren: (03:11)
These are public numbers.

Elizabeth Warren: (03:15)
Can you just answer my question? How much did JP Morgan collect?

Jamie Dimon: (03:19)
We did not overdraft at the Fed account and at any requests [inaudible 00:03:24] they needed COVID relief. They got $120 million in COVID relief on request.

Elizabeth Warren: (03:24)
I’m sorry, Mr. Dimon. That was not the question. You had an automatic protection. So I’m asking, you were recommended, the regulators recommended you offer that same kind of protection to your customers.

Elizabeth Warren: (03:40)
How much, in fact did JP Morgan collect in overdraft fees from their customers in 2020? Do you know the number?

Elizabeth Warren: (03:50)
Well, I actually have it in front of me. $1.463 billion. That’s nearly one and a half billion dollars that you collected from your customers. Now, do you know how much JP Morgan’s profit would have been in 2020, if you would follow the recommendation of the regulators and waived overdraft fees to help struggling consumers. In other words, without that overdraft money, would your bank have been in financial trouble?

Jamie Dimon: (04:22)
We waived the fees for customers upon request if they were under stress because of COVID.

Elizabeth Warren: (04:29)
I appreciate that you want to duck this question. Do you know how much your profits would have been if you’d actually waived the [inaudible 00:04:37] as the regulators recommended?

Elizabeth Warren: (04:41)
The answer is your profits would have been $27.6 billion. I did the math for you. So here’s the thing. You and your colleagues come in today to talk about how you stepped up and took care of customers during the pandemic. And it’s a bunch of baloney. In fact, it’s about $4 billion worth of baloney, but you could fix that right now. Mr. Dimon, will you commit right now to refund the one and a half billion dollars you took from consumers during the pandemic?

Elizabeth Warren: (05:14)
No, that’s right. Over the past year, you could have passed on the breaks that you got from the Fed to your customers, but you didn’t do it. Everybody else here, those other three bankers, will any of you agree to refund the overdraft fees that you collected? I didn’t think so. So no matter how you try to spin it, this past year has shown that corporate profits are more important to your bank than offering just a little help to struggling families, even when we are in the middle of a worldwide crisis. Thank you, Mr. Chairman.