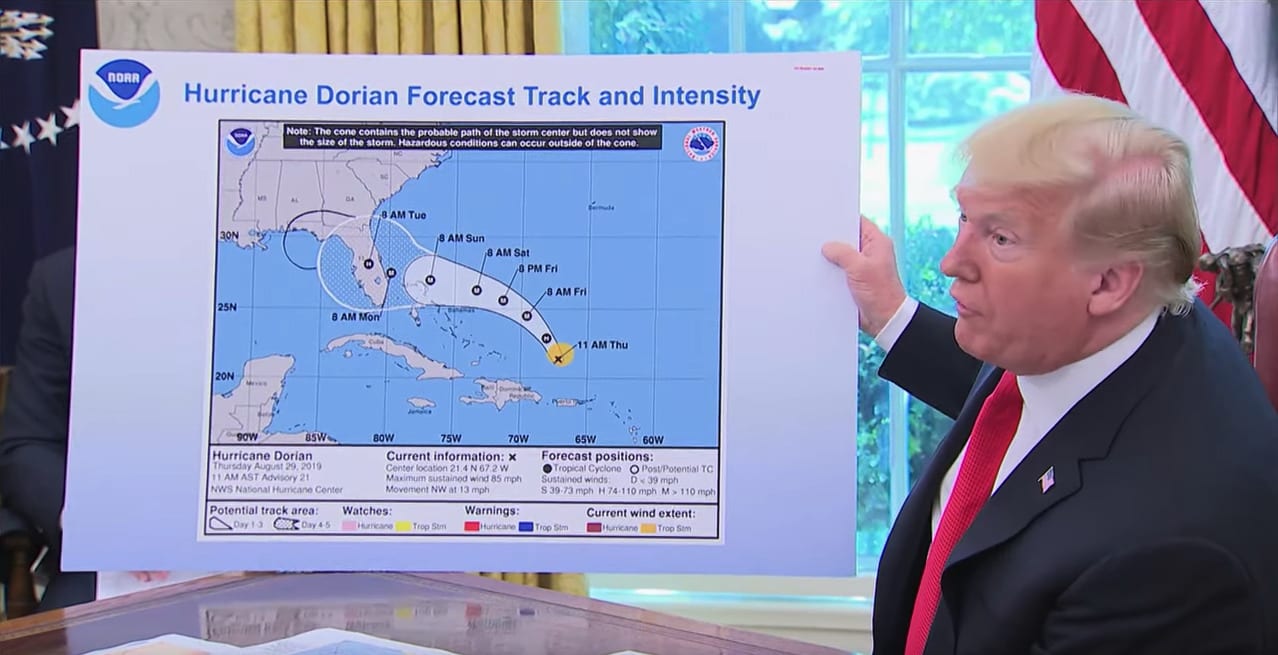 Donald Trump took heat on Wednesday for displaying a sharpie altered map of Hurricane Dorian, appearing to show it moving towards southwest Georgia and Alabama. Trump gave further updates on the hurricane’s path and the hurricane response. Read the full transcript of his statement below.

Donald Trump: (00:00)
We thought we’d give you an update on the hurricane. We got lucky in Florida. Very, very lucky indeed. We had actually, our original chart, was that it was going to be hitting Florida directly. Maybe I could just see that, Kevin.

Donald Trump: (00:15)
It was going to be hitting directly and that would have affected a lot of other states, but that was the original chart, and you see it was going to hit not only Florida, but Georgia, could have…

Donald Trump: (00:29)
Was going toward the Gulf. That was what was originally projected, and it took a right turn. And ultimately, hopefully we’re going to be lucky.

Donald Trump: (00:40)
It depends on what happens with South Carolina, North Carolina.