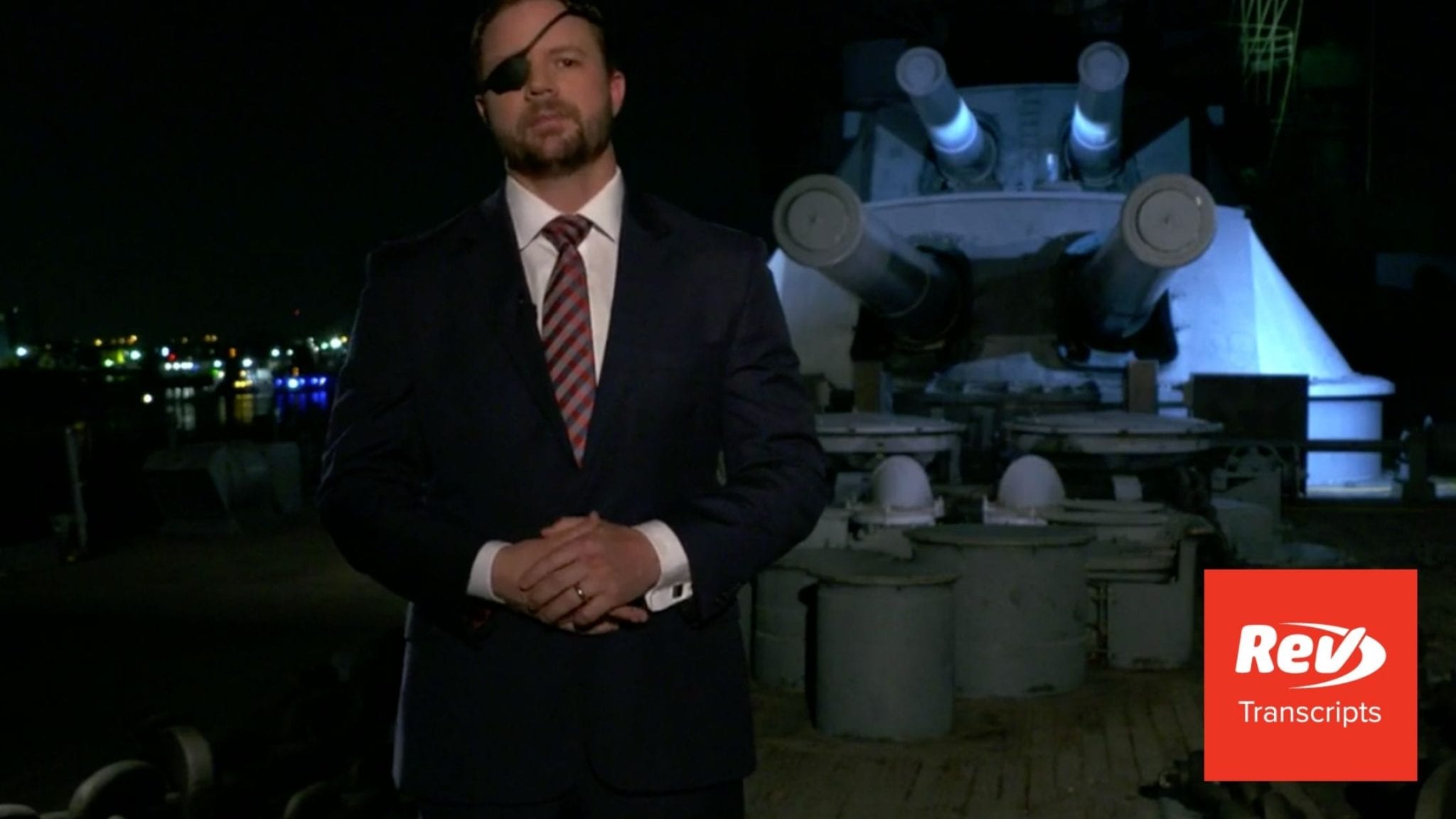 Dan Crenshaw: (00:00)
Hi. I’m Congressman Dan Crenshaw. Eight years ago in the fields of Helmand Province, Afghanistan, close friend and teammate laid down cover fire against Taliban insurgents so that I could walk, blind and blooded to the medevac helicopter, and survive. But he didn’t. Dave Orson was killed two months later. He died a hero to this great country. Here’s the truth about America. We are a country of heroes. I believe that. So should you. We are at peace people with a common set of ideals conceived in Liberty, people that have sacrificed time and again for our freedom and the freedom of others. That’s something no other country ever anywhere can claim. Since 9/11, I’ve seen America’s heroes up close. Some of them saved my life. Some of them saved many others lives. Many of them never made it home. These heroes acted as if the whole struggle depended on them alone, as if any weakness on their part would be a reflection of the whole nation.

Dan Crenshaw: (01:00)
That’s called duty and America has a long history of it. Our enemies fear us because Americans fight for good. And we know it. It gives us strength. When our heroes are trusted and equipped, then freedom prevails. The defeat of ISIS was the result of America believing in our heroes, our President having their backs and rebuilding our military so we’d have what we needed to finish the mission. The cowering of the Iranian regime and the restoration of the deterrence once lost is the result of America believing in her own might again. America’s heroism isn’t relegated to the battlefield. Every single day we see them if you just know where to look. It’s the nurse who volunteers for back to back shifts caring for COVID patients because she feels that’s her duty.

Dan Crenshaw: (01:49)
It’s the parent who will relearn Algebra because there’s no way they’re letting their kid fall behind while schools are closed. And it’s the cop that gets spit on one day and will save a child’s life the next. America is the country where the young military wife with two young children answers the unexpected knock at the door, looks the man in uniform in the eye, and even as her whole world comes crashing down, she stands up straight, She holds back tears, and takes care of her family because she must. This is what heroism looks like. So we are nation of heroes and we need you now more than ever.

Dan Crenshaw: (02:27)
We need to remind ourselves what heroism really is. Heroism is self sacrifice. It’s not moralizing and lecturing over others when they disagree. Heroism is grace, not perpetual outrage. Heroism is rebuilding our communities, not destroying them. Heroism is renewing faith in the symbols that unite us, not tearing them down. You see, America is a fabric that’s woven from the threads of history’s best stories, best attributes and greatest ideas. The American spirit reflects the oldest and most important virtues: self-sacrifice, courage, tolerance, love of country, grace, and passion for human achievement. We can decide right now that American greatness will not be rejected nor squandered. As the American founding was grounded an individual liberty, so it will be our future. But if we are to rediscover our strength, then it must be an endeavor undertaken by each and every one of us. We must become the heroes that we so admire. America was built by them and our future will be protected by them. It will be protected by you. So God bless America.