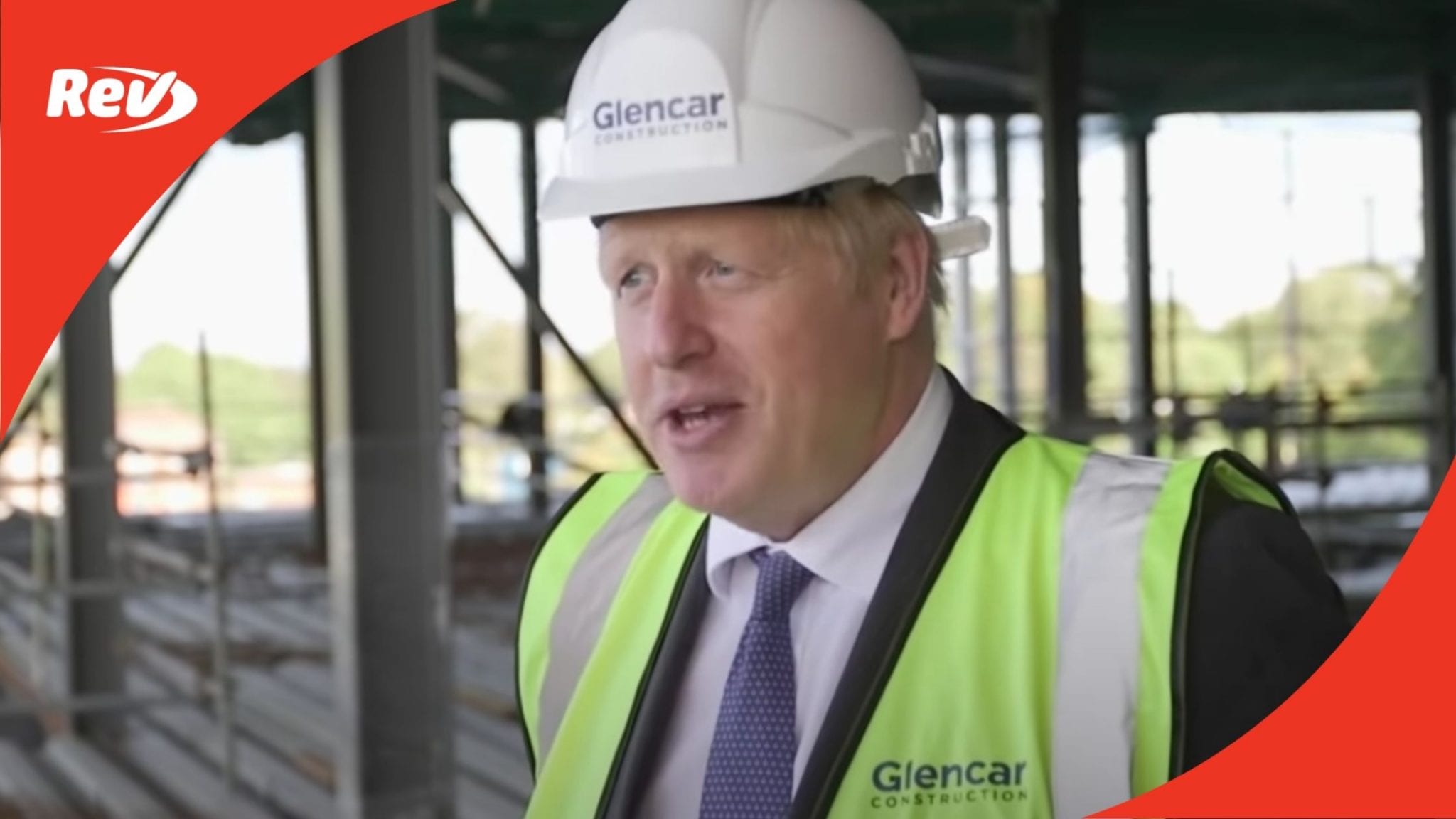 UK Prime Minister Boris Johnson spoke about a second wave of coronavirus in Europe, calling it “inevitable.” Read the transcript of his remarks here.

Boris Johnson: (00:00)
Obviously, we’re looking very carefully at the spread of the pandemic as it evolves over the last few days, and there’s no question, as I’ve said for several weeks now that, we are now seeing a second wave coming in. We’ve seen it in France, in Spain, across Europe. It’s been absolutely, I’m afraid, inevitable. You will see it in this country. Monday, we brought in the measures that we did, the rule of six, really to try to restrict what people are doing and to bring in a new buffer and just make that absolutely clear. The rule of six: six indoors maximum, six outdoors maximum. The crucial thing is, at the same time, to observe the basic rules on social distancing: hands, face, space. That’s what everybody’s got to do if we’re going to continue to beat this thing.

Boris Johnson: (00:58)
As we look at this particular curve and what’s happening now, clearly we are going to keep everything under review. I don’t want to get into a second national lockdown, at all, the last thing anybody wants. I don’t want to go into a bigger lockdown measures at all. We want to keep schools open and it’s fantastic that schools have gone back in the way that they have. We want to keep the economy open as far as we possibly can. We want to keep businesses going, but the only way we can do that is obviously if people follow the guidance.

Boris Johnson: (01:33)
On your point, Sam, about consulting and taking people with us, the devolved administrations, the opposition MPs, of course, if and when we have to go forward with other local, national measures, or whatever we’ll of course be explaining very clearly to everybody how we see it. What I can certainly say about parents and schools is, we want to keep the schools open. That’s going to happen. I’m going to try and keep all parts of the economy open as far as we possibly can.

Boris Johnson: (02:05)
I don’t think anybody wants to go into a second lockdown, but clearly, when you look at what is happening, you’ve got to wonder whether we need to go further than the rule of six that we brought in on Monday. We’ll be looking at the local lockdowns we’ve got in large parts of the country now, looking at what we can do to intensify things there to help bring the rate of infection down there, but also looking at other measures, as well.

Boris Johnson: (02:32)
What I will say, Sam is that, as we go forward, we will be explaining in great detail to people what the scientific background is, what the epidemiology is saying, and really how we propose to do it.

Boris Johnson: (02:48)
I think if you look at what’s happened over the last few months, I think the British people have done an amazing job. They got that peak under control. They brought it right down. They brought the numbers of infections right down by discipline and everybody adjusting our behavior the way we go about our lives: hands, face, space. I think probably, truth to tell, what’s happened here, alas, has happened in so many other countries. People find it difficult to keep this up. It’s very difficult to maintain that kind of discipline for a long time. What you’ve seen is the disease starting to spread again among young people. That’s where it really started to kick off in France and Spain, in those age groups.

Boris Johnson: (03:36)
We’re now seeing that here in this country. Alas, now it’s progressing and you’ll see an increase in the incidents in the 80+ group as well. That’s why we took the measures that we did on Monday, action on the rule of six, and as the disease progresses, as we look at what happens, if that isn’t going to work, then of course, we’re going to have to take further measures, Sam, but be in no doubt that we will want to be explaining exactly what we’re doing, taking people with us as we go. What I don’t want to do is to go into a second national lockdown of the kind we had in March. I don’t want March, April. I don’t want to do that again. The way to avoid that is for everybody to remember those basics of washing your hands, covering your face in a confined space, on public transport, in shops, using a face covering, and keeping two meters from everybody else. That’s the best thing, but of course, getting a test if you have symptoms.

Sam: (04:44)
You are resisting going into specifics. There is talk in government of a fire break. What does that look like? What might that mean?