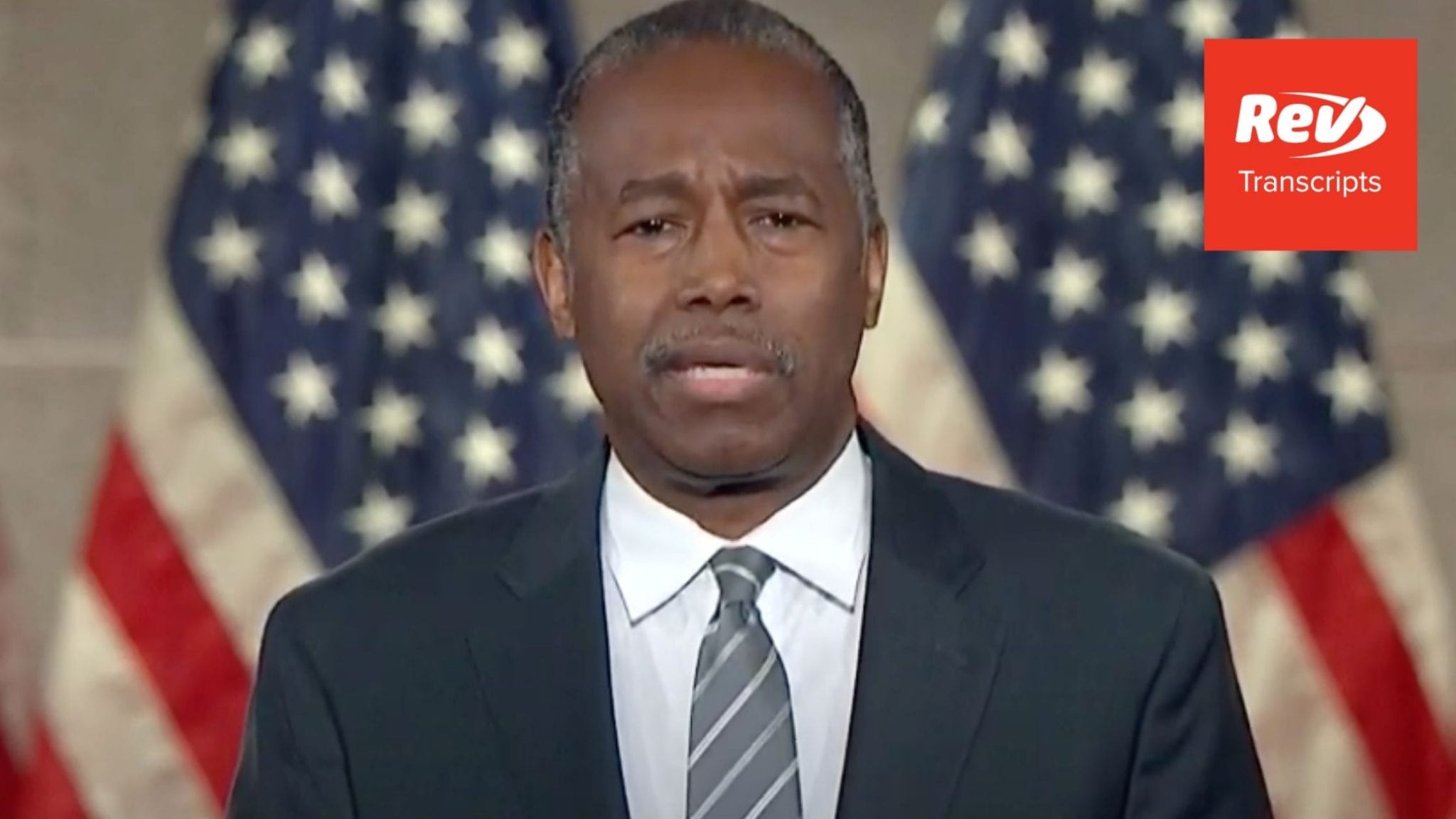 Ben Carson: (00:00)
I’m Ben Carson, a retired neurosurgeon and a public servant. Before I begin, I’d like to say that our hearts go out to the Blake family and the other families who’ve been impacted by the tragic events in Kenosha. As Jacob’s mother has urged the country, let’s use our hearts, our love, and our intelligence to work together to show the rest of the world how humans are supposed to treat each other. America is great when we behave greatly. In order to succeed and change, we must first come together in love of our fellow citizens. History reminds us that necessary change comes through hope and love, not senseless and destructive violence. Abraham Lincoln once said to an America divided, that quote, your purpose then, plainly stated is that you will destroy the government unless you be allowed to construe and enforce the constitution as you please on all points in dispute between you and us, you will rule or ruin in all events, unquote.

Ben Carson: (01:24)
These words of warning are relevant today. We have a choice. Do we want big government that controls our lives from cradle to grave? Or do we believe in the power and wisdom of the people and their ability to self-govern with help from a limited federal government? Our president, Donald J. Trump believes in the people. He is one of us. He makes promises and he keeps them. He is transparent, and we certainly know what he’s thinking. He does not submit to political correctness or to its enforces, the media. He is real. Right now, we need real, we need courage. We can’t cower in the corner and hope that no one calls us a name believing that will keep us safe. That is not courage, and that will not lead us to a good and just place. We must remember all those who sacrificed everything in order to give us freedom, and we must be willing to do the same for those who come after us.

Ben Carson: (02:40)
President Trump does not dabble in identity politics. He wants everyone to succeed, and believes in the adage, a rising tide lifts all boats. Many on the other side love to incite division by claiming that president Trump is a racist. They could not be more wrong. Years ago, Jesse Jackson gave Donald Trump an award for the economic opportunities he created for Black people. In Palm Beach, Florida, Donald Trump led the crusade to allow Blacks and Jews into private clubs and resorts. One of the first things he did as president was bring the office of Historically Black Colleges and Universities into the White House so that it could get proper attention and financial support. Before the pandemic, African-American unemployment was at an all time low. President Trump accomplished prison reform. He created incentives to encourage investors, to become involved with economically-deprived areas of America.

Ben Carson: (03:49)
He strongly supports school choice, fully recognizing that no matter what circumstances a person is born into, they can achieve success with a good education. It was true for me. When my mother forced me to read books about doctors, entrepreneurs, and inventors and scientists, I began to recognize that the person who has the most to do with what happens to you in life is you. My mother always told me, “Ben, you can do anything, but I will never allow you to become a victim.” It was then that I stopped listening to the people who were trying to convince me that I was a victim and that others were responsible for my victim-hood. What is racist is the fact that African Americans have the highest abortion rate. President Trump is the most pro=life president in the country’s history. He will continue to fight for those who cannot yet speak.

Ben Carson: (04:54)
The vision of a shining city upon a hill came from Jesus’ sermon on the mountain. America is that shiny city. We are the beacon of hope for the world. At this moment in time, president Donald Trump is the man with the courage, the vision, and the ability to keep it shining brightly.