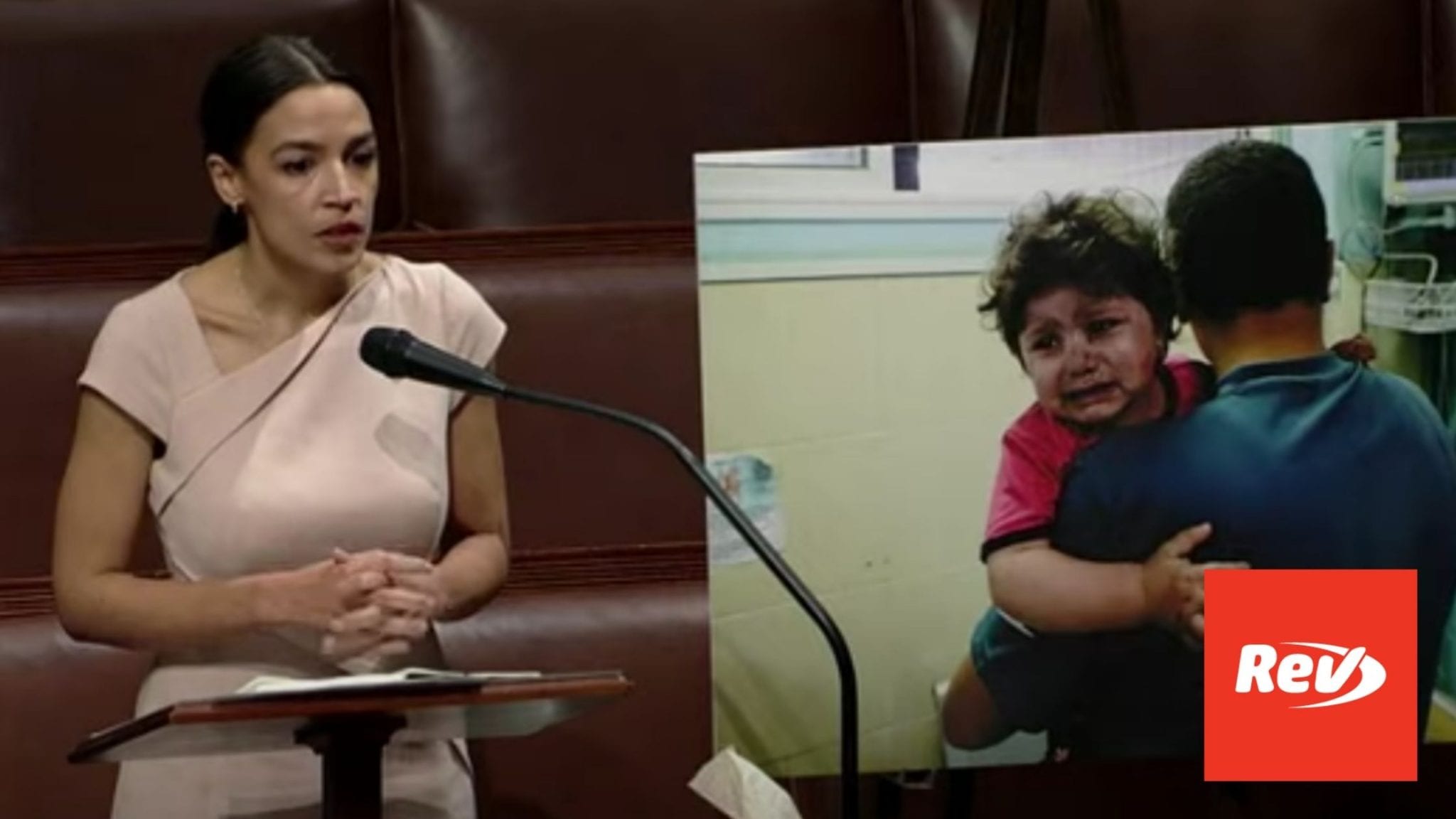 Rep. Alexandria Ocasio-Cortez gave a speech on the House floor on May 13, 2021 to address the crisis in Israel. She said: “The president and many other figures this week stated that Israel has a right to self-defense… But do Palestinians have a right to survive?” Read the full transcript of her speech here.

Alexandria Ocasio-Cortez: (00:01)
I think this has been a very difficult week for us as a global community, as communities that are concerned for human rights, all human rights in general and in particular the rights of Palestinians and Israelis alike that have been impacted by the fear and violence of this week. Now, what I think is so important is that I’ll start with a story. As a little girl my family comes from Island Puerto Rico and I grew up visiting my family on the Island of Vieques and communities on the Island of Vieques. Where the United States bombed its own territories, its own communities. And I would go to sleep as a little girl to the sound of US bombs detonating. Practice is what it was called at the time, practice.

Alexandria Ocasio-Cortez: (01:04)
And when I saw those airstrikes that are supported with US funds, I could not help but wonder if our communities were practice for this. This is our business because we are playing a role in it. And the United States must acknowledge its role in the injustice and human rights violations of Palestinians. This is not about both sides. This is about an imbalance of power. When I first got here in 2019 the Israeli government refused to admit to members of the United States Congress Rashida Tlaib and Representative Ilhan Omar into the country. Banned members of this very body because of who they were. Said it was a sign of weakness. We have to have the courage to name our contributions and sometimes I can’t help but wonder if the reason we don’t do that, if we’re scared to stand up to the incarceration of children in Palestine is because maybe it’ll force us to confront the incarceration of children here on our border.

Alexandria Ocasio-Cortez: (02:48)
If by standing up to the injustices there, it will prompt us to stand up to the injustices here. We have a responsibility and if we have historically said and committed to a role as an honest broker, then we must fulfill that role. That means we have to be honest with ourselves, with what our aid supports. We have to be honest and ask ourselves questions like why we are using our veto power and the UN security council in preventing statements from being released about concerns for this violence alike. The president and many other figures this week stated that Israel has a right to self-defense. And this is a sentiment that is echoed across this body. But do Palestinians have a right to survive? Do we believe that? And if so, we have a responsibility to that as well. And with that, I yield back to the representative. Thank you very much.