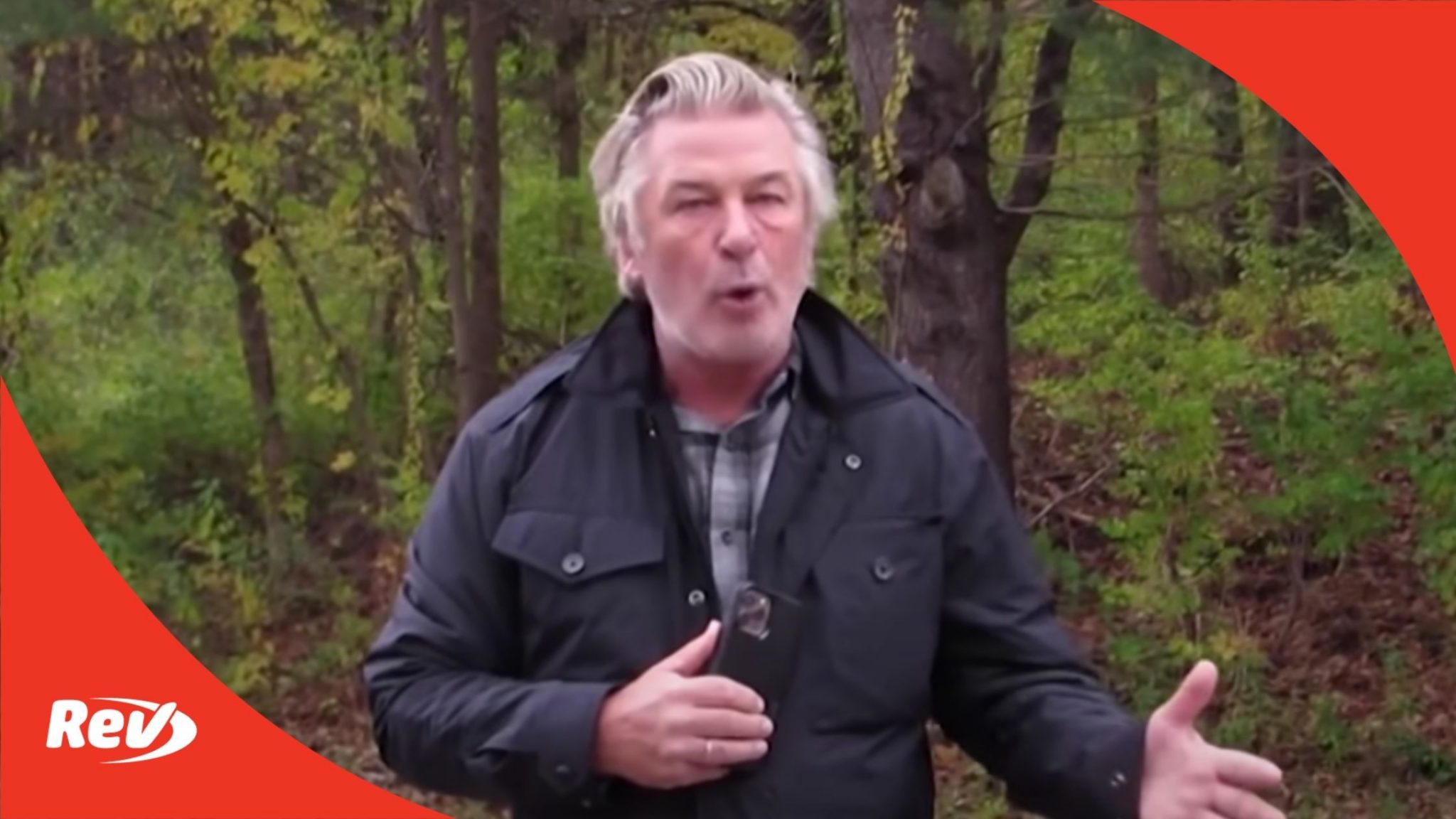 Alec Baldwin spoke to the press about the deadly shooting that took place on the “Rust” film set. Read the transcript of his remarks here.

Speaker 2: (00:02)
All right Alec, what’s the current statement with what’s going on with the case-

Alec Baldwin: (00:05)
I’m not allowed to make any comments because it’s an ongoing investigation. I’ve been ordered by the Sheriff’s department in Santa Fe. I can’t answer any questions about the investigation. I can’t. It’s an active investigation in terms of a woman died. She was my friend. The day I arrived in Santa Fe and started shooting, I took her to dinner with Joel the director. We were a very… excuse me. We were a very well-oiled crew shooting a film together, and then this horrible event happened. Now I’ve been told multiple times don’t make any comments about the ongoing investigation, and I can’t. I can’t. That’s it.

Alec Baldwin: (00:48)
What other questions do you have other than that?

Alec Baldwin: (01:01)
You don’t know her name? Halyna Hutchins. I met with her husband Matthew, and her son. Yeah, that’s right.

Alec Baldwin: (01:07)
I wouldn’t know how to characterize that. They’re mortified-

Alec Baldwin: (01:17)
The guy is overwhelmed with grief. This is something that, there are incidental accidents on film sets from time to time, but nothing like this. This is a 1 in a trillion episode. It’s a one in trillion event, and so he is in shock. He has a nine year old son. We are in constant contact with him, because we’re very worried about his family and his kid, and as I said, we’re eagerly awaiting for the Sheriff’s department to tell us what their investigation has yielded. What else do you have?

Speaker 2: (01:50)
Would you ever work on another film set that involves firearms of that nature?

Alec Baldwin: (01:54)
I couldn’t answer that question. I really don’t have any, I have no sense of it at all. I do know that an ongoing effort to limit the use of firearms on film sets is something I’m extremely interested in. [inaudible 00:02:05] But remember something that I think is important and that is how many bullets have been fired on films and TV shows in the last 75 years? This is America. How many bullets have gone off in movies and on TV sets? Probably billions in the last 75 years, and nearly all of them without incident. So what has to happen now is we have to realize that when it does go wrong and it’s this horrible, catastrophic thing, some new measures have to take place. Rubber guns, plastic guns, no live, no real [inaudible 00:02:39]. That’s not for me to decide. It’s urgent. It’s urgent that you understand I’m not an expert in this field. So whatever other people decide is the best way to go in terms of protecting people’s safety on film sets, I’m all in favor of, and I will cooperate with that in any way that I can.

Hilaria Baldwin: (03:14)
Because you guys are following them, and they know.