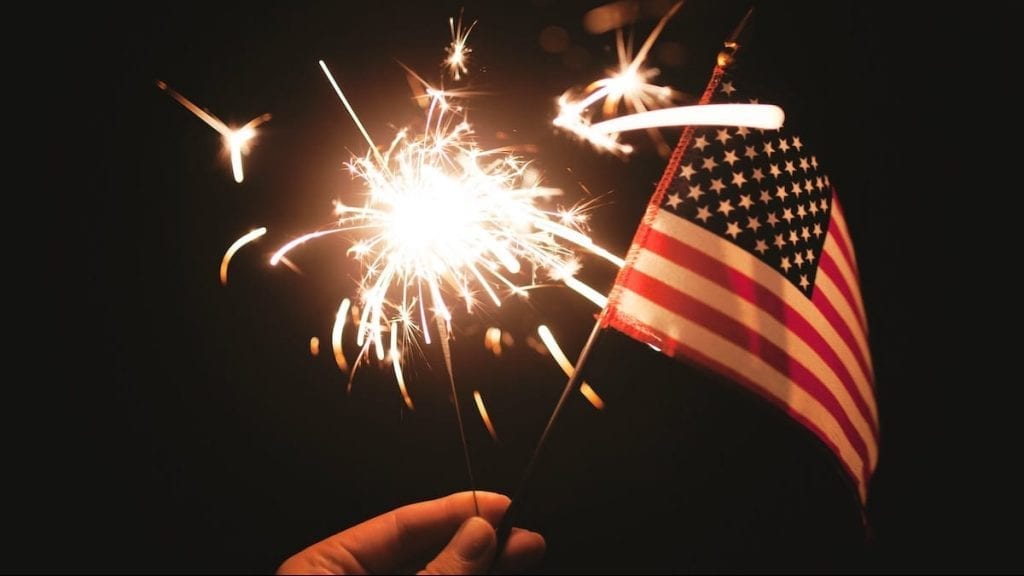 The 4th of July can mean a lot of different things for people all over America. It can be a day of remembering and honoring our military and veterans, or a reflection on past historical events in our nation.

For others, the most exciting thing on the fourth of July is the hot dogs and hamburgers on the grill, the red/white/blue popsicles, or the fireworks show later that evening.

No matter how you choose to celebrate, we can all agree that our nation’s pursuit of independence is one of the most significant time periods in U.S. history.

Well over two centuries later, it’s still incredible to marvel over the events and hard work that led up to the 4th of July. The United States’ Founding Fathers did an incredible job gathering revolutionaries from across the colonies to discuss and implement American independence.

What can the 4th of July teach us about the writing process?

The collaboration behind writing the Declaration of Independence can teach us a lot about the writing process. Whether you’re writing for important legal documents or are collaborating on the next big team project, we can take some notes on how to be more productive—especially with modern technology tools like voice-to-text transcription.

We thought it might be interesting to think about how much easier it would have been for the writers to have access to transcription services to help them in writing the document that makes the 4th of July worth celebrating. Maybe these fictional illustrations on actual U.S. history might inspire you on your next big project!

How to use transcripts to write research articles

1. For all those long, drawn-out committee meetings deciding to be independent or not—record it.

With all the heated debates within the Continental Congress, the Founding Fathers sure could have benefited from recording all their gatherings. A voice recorder would have sure come in handy to get a nice recording of every meeting held within those two years.

And, use speech recognition to nicely document their dialogue in a transcript for further use. Give those old guys a break and stop taking detailed notes by hand!

Not to mention a copy of all the table talk would have made writing dialogue for TV shows and movies around the American Revolution much easier for screenwriters these days! Think about all the great banter we’ll never know between ole’ Benjamin Franklin and a young Thomas Jefferson!

2. When writing a first draft of the Declaration of Independence alone—use a voice recording app.

The drafting of the Declaration of Independence was put on the shoulders of The Committee of Five (Roger Sherman, Benjamin Franklin, Thomas Jefferson, John Adams, and Robert Livingston). However, by the suggestion of John Adams, it ultimately fell on Thomas Jefferson to write the draft solo. Talk about pressure!

In just over two weeks, Jefferson wrote the first draft of the document that would change American history forever. I’m sure the guy was scrambling through his notes from the Committee, some legal works he had penned prior, as well as some inspirational documents.

He would have probably loved to be able to pace back and forth, speaking into his voice recording app about all the great ideas he had in his head. It might have helped him talk through his grievances with the monarch to better articulate what he wanted to say, as well.

3. Those 86 changes that were made to your draft right before the 4th of July—use collaborative online editing tools.

The approval of the Declaration of Independence was very much a collaborative process. The Committee of Five presented the first draft to the Second Continental Congress on June 28, 1776.

Over the course of the next week or so, the Founding Fathers had many re-reads and revisions to make the Declaration of Independence what it is today. Apparently around 86 edits in total were made before the document was ratified the morning of the 4th of July.

Imagine if Jefferson had delivered the first draft in an easy transcription editor. He could grant team access to all his fellow revolutionaries in Philadelphia. They could provide swift suggested edits and comments on where they felt there could be an improvement.

Not to mention if they had given George Washington a ring, who was preparing to defend Manhattan at the time, to talk through some of the key points. With a call recording app they could have easily had a transcript of his thoughts on the matter. Don’t leave George out!

4. To have all those notes searchable for repurposing content later—get digital transcripts of everything.

Even though the U.S. Constitution wasn’t ratified until 1788, the work leading up to July 4, 1776 was a big influence on how the country was going to move forward. Had Thomas Jefferson been able to hand over some in-depth transcripts to James Madison and others helping to write the Constitution, it might have made it a bit easier.

The ability to Ctrl-F search through several discussions amongst the Founding Fathers might have sped things along in the writing process for the Constitution. They might have come across all those passive-aggressive comments from George Washington that he wasn’t going to sign it if it didn’t include a Bill of Rights.

Maybe they’d use transcripts of when the Articles of Confederation was being written to quickly identify the problems that needed to be fixed in the transition. Or, a full debate transcript between the Federalists and Anti-Federalists might have helped prioritize the implementation of a Bill of Rights a bit sooner.

Plus, imagine how much faster the word would get out to the Revolutionary journalists at the time with a full transcription of the Declaration of Independence!

Our Rev-olutionary Takeaways of the 4th of July

Even though the United States Founding Fathers didn’t have access to voice-to-text transcription services, they pulled off quite a writing feat regardless. And there’s a lot to learn from their process for writing the Declaration of Independence.

Despite the obvious reasons to celebrate the 4th of July, there are a few themes that inspire us from our country’s founding history. Whether it be the power of journalism on politics, the effectiveness of writing collaboration, or the perks of being independent, we can get excited about a lot on Independence Day.

We’re grateful for all the wonderful customers that use Rev every day to exercise their freedom of speech-to-text and the freelancers that empower them to do so!